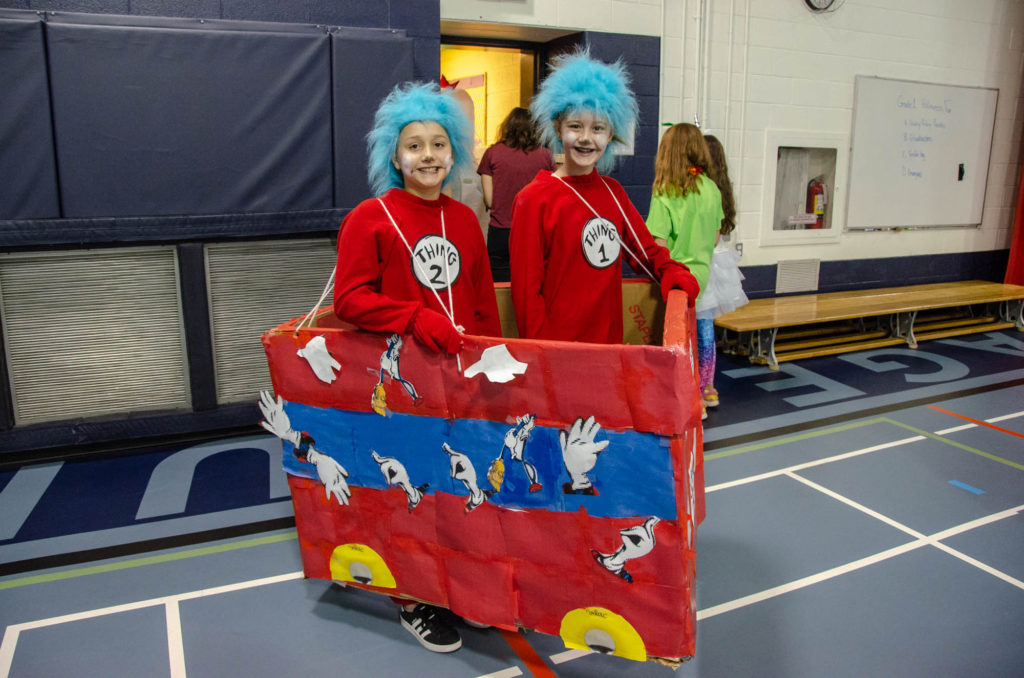 Such was the scene at St. Clement’s on Hallowe’en when not only were girl-sized bags of brightly-colored Jelly goodness spied wandering the halls, but also 8-foot tall bobbing chickens, light-footed fairies, a menagerie of animals, two enormous iridescent jellyfish, and enough Alices to overwhelm Wonderland!

The buzz of excitement started several days earlier with some of the most creative pumpkin carving this side of Sleepy Hollow, and slowly spread throughout the building. Spider’s webs appeared over doorways, strings of orange pumpkin lights entwined desks, and ghostly paper apparitions dangled from ceilings.

It was at the annual Hallowe’en Assembly that everything came to a headless head, however. With the students gathered in the gymnasium, Darth Vader entered, soon followed by a phalanx of suspiciously staff-like Stormtroopers who lined the room’s walls and somberly surveyed the massed Clementines. Once in position, the School’s fearless leader gave the instruction for everyone to have fun, and led by the boogeying ‘troopers, SCS celebrated the day in inimitable Clementine style.

As the final screams faded from Powell Hall’s Haunted House and Clementines drifted home for their own evenings of trick and treating, the School’s halls slowly recovered from yet another great day at 21 St. Clements Avenue.