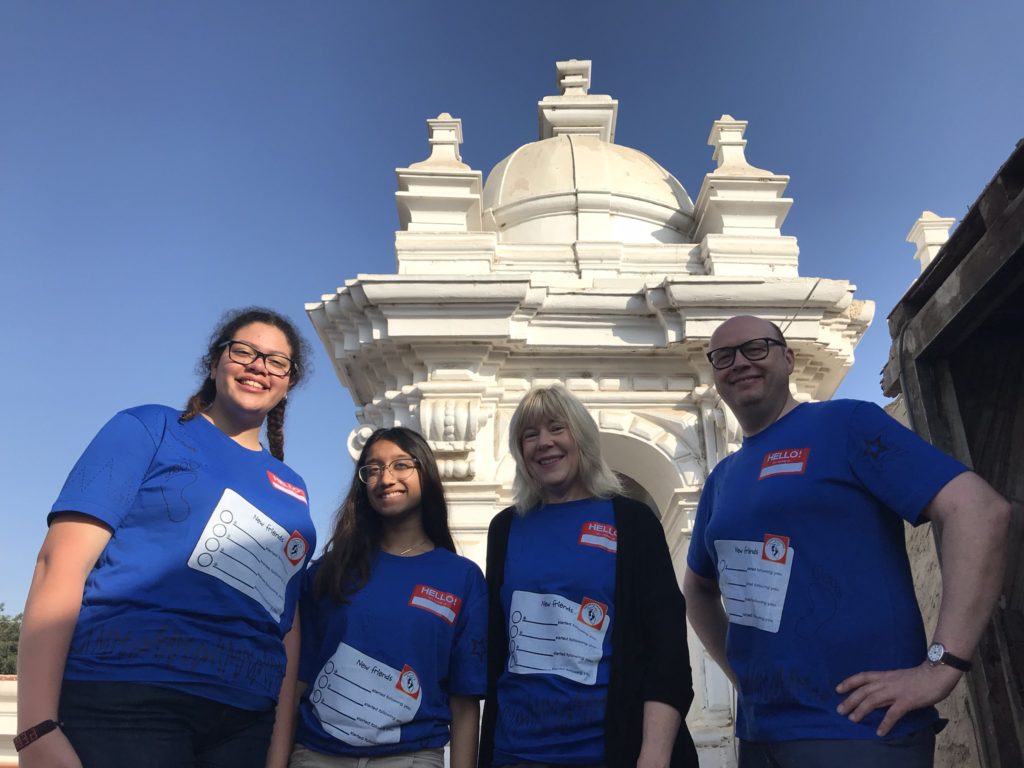 In April, Shanice E. ‘19, Khushi P. ‘21, and faculty members Paul Cobban and Patricia Westerhof traveled to Peru for the Round Square regional conference with the theme “Journey into the Unknown.”

A highlight was a house-building project in an area still recovering from a devastating earthquake more than a decade ago. Markham College, one of the conference host schools, has partnered with the region since the disaster to help the community rebuild, and SCS has helped out on two previous occasions. During a break, the SCS team visited the house that SCS Middle School students, along with Ms Westerhof, Ms D’Angelo, and Ms Chisholm, built in 2015. The family has since added electricity and repainted the entire house; however, they carefully preserved the mural created by Ms Chisholm and the team of SCS students in 2015.

Adventure is an important pillar of Round Square, and the conference-goers also journeyed into the unknown across a zip-line over a river, after which they scaled a cliff and belayed themselves down. Later that afternoon, they mountain-biked along a river trail. In tamer exploits, they explored catacombs, the cat park in Miraflores, lots of Peruvian food, and an artisan market.

Peru is a country with stunning natural beauty and a very large contrast between the privilege of some and the extreme poverty of others. In the closing ceremonies, Ruth Percival, the headmistress of San Silvestre School, reminded attendees that with their good fortune comes a responsibility to help others in any way they can. And, using the words of Kurt Hahn, the founder of Round Square, she consolidated the deep learning of the conference, saying, “There is more to us than we know. If we can be made to see it, perhaps for the rest of our lives we will be unwilling to settle for less.”