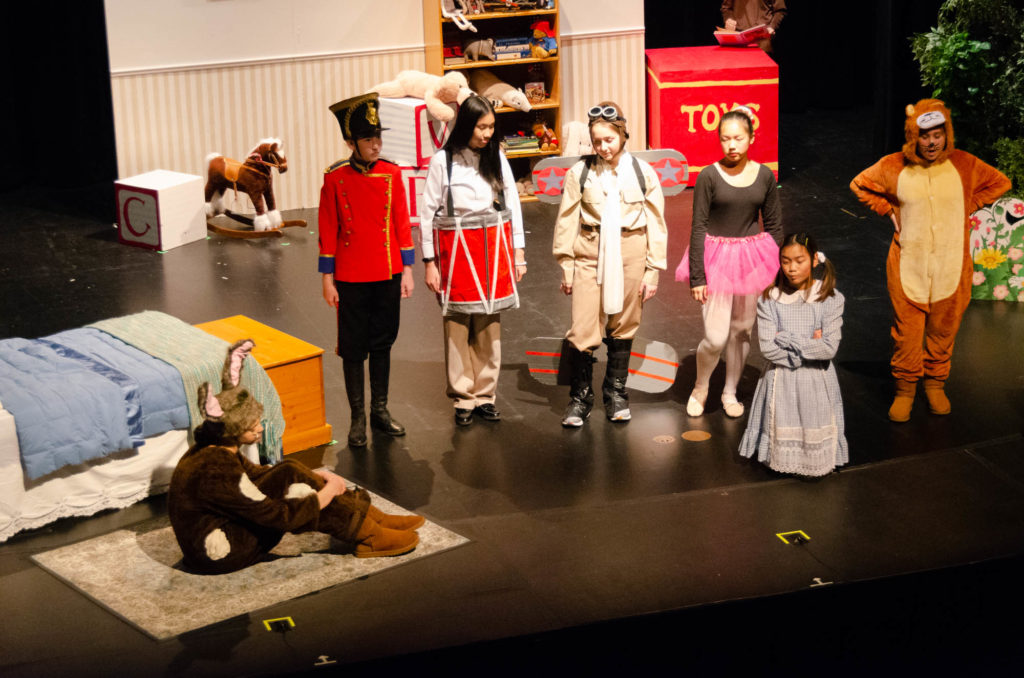 From a sun-dappled garden to a warm and cozy bedroom, Powell Hall became a tranquil country home on November 22 as the Middle School Production of The Velveteen Rabbit premiered.

With a cast of 17 talented Clementines on stage, and a further 16 assisting with lighting, sound, set, technical, and stage matters, the cast and crew of St. Clement’s presented a wonderful production of Margery Williams’ popular children’s story of a boy and his toy stuffed rabbit.

The production was heart-warming, humorous, touching, entertaining, and perfectly presented with a few laughs and possibly even the occasional moist eye.

Coming next is the Senior School Drama Production of Willy Wonka which will premiere in late February. Stay tuned for information on how to get your Golden Ticket!