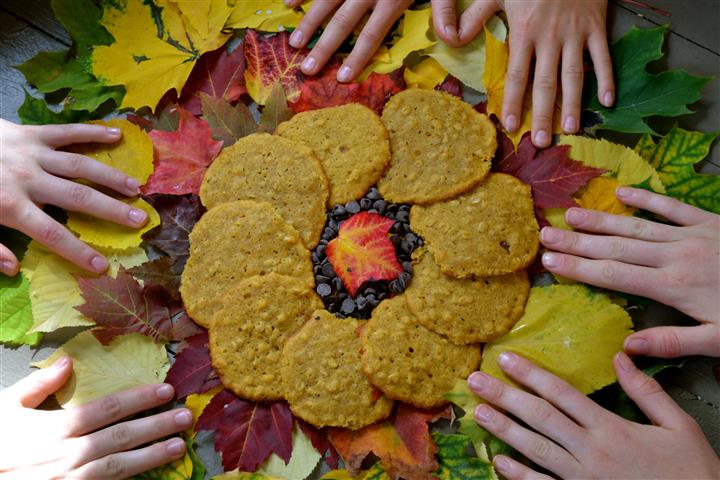 A yummy, freshly baked cookie was a symbol of change for the Middle School girls as they took part in an empowering new leadership initiative last spring. With the support of the Annual Fund, the LINC7 and LINC8 program incorporated a series of hands-on workshops and interactive sessions designed to develop leadership skills with a focus on teamwork, collaboration, and conflict resolution.

“At the Middle School level, we know that our girls are looking for opportunities to both flex their leadership muscles and initiate change in the world around them. Leadership is a skill that can be taught and improved upon over time, and this initiative provides the girls with a solid foundation from which to build on,” shares Carolyn Lamy, Head of Middle School. “At this stage, our Middle Schoolers are inspired by the idea of solving a real world problem, and making strong connections while doing so. The initiative capitalized on that, by challenging the girls to identify a problem they wished to solve, and working together to arrive at a recipe for change.”

This challenge, called the Impact Project, was posed to the girls as part of the overall leadership initiative. It required them to work in smaller groups to create unique programs that would contribute to, and strengthen connections with, the community. It allowed them to test out their leadership skills, and feel empowered to make positive change. That’s where cookies come in. One of the Impact Projects was The Sticky Hands Club, a charity baking club with a tasty mandate. A community cookie connection would be formed, as the girls planned to both sell their cookies to other SCS students and donate the money to charity, and treat the local senior’s residence to some freshly baked goodness.

The Sticky Hands Club concept was introduced by its founders, Michaela, Lauren, Paige, Christine, and Madeline (all ’18), to the entire Middle School last spring at their Leadership Retreat. Baking played a big role that day, not only as the basis of the club, but also to serve as a teambuilding challenge. The Middle School girls worked in smaller teams to measure the flour, remember the baking soda, and time the bake perfectly, leading the way to delectable cookies.

“The idea for The Sticky Hands Club was sparked by a recollection from Grade 6 – we made latkes, and it was shocking how many girls had never peeled a potato before,” the Sticky Hands group recalls. “We made the connection that bringing our classmates together to learn a skill, like baking, could also bring about positive change in our community by allowing us to share the finished product for a good cause.”

The concept for The Sticky Hands Club was so well received by both the Middle School and the School Administration, it has officially launched as a new SCS club this year. “The creativity and passion for making a positive impact on community relations as exhibited by the Sticky Hands Club has spun excitement and ownership for all Grade 9s to embrace,” says Ms Lamy. “We are excited to support the Club, as they gain business leadership skills through the planning and selling of their baked goods in support of local organizations.”