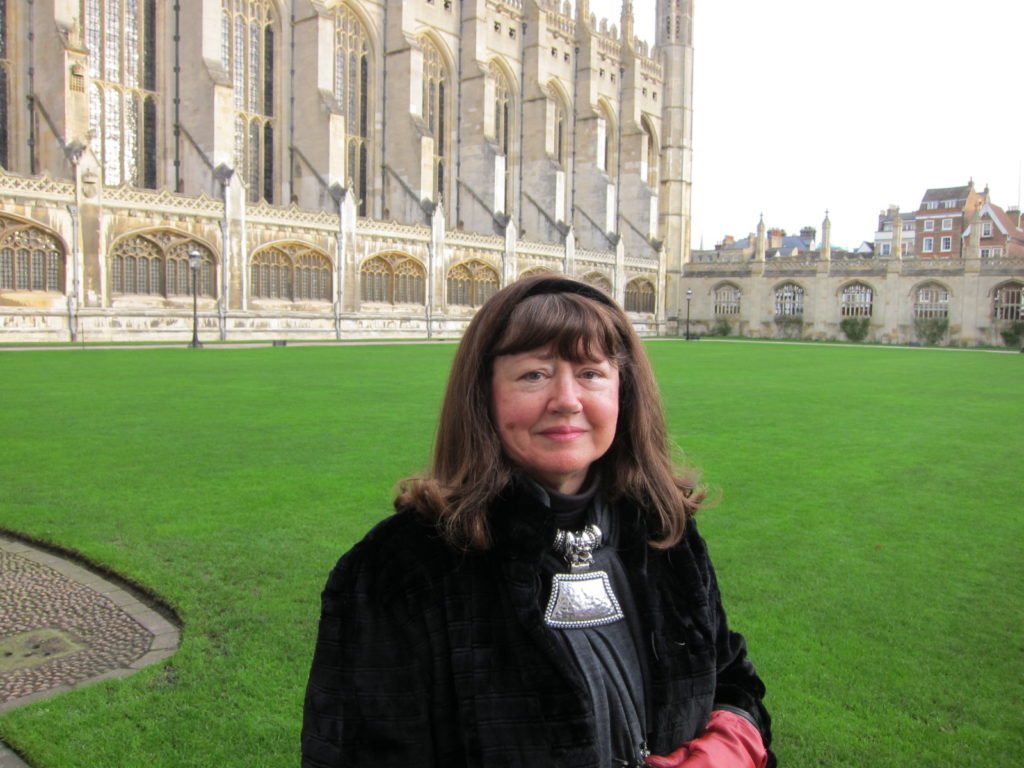 On Friday, I gave a eulogy for past Board member and Alumna, Christine Featherstone ’67, at her memorial service.

While I believe strongly that each and every Clementine is an outstanding woman who deserves to be recognized, I share Christine’s eulogy with you all because of her approach to life and death.

Christine asked that her thoughts, plans and decision to leave a legacy gift for financial aid be shared with our broader community for inspiration. You can read more about her legacy in our upcoming edition of the Your Legacy newsletter which will be included in the Red Blazer. For now, I share my words.

The mission of St. Clement’s School is to develop outstanding women who are intellectually curious, courageous and compassionate, and, if ever there were a role model of this mission, Christine Featherstone would be it.

An outstanding woman is one who stands out for her unique strengths and qualities.

Without a doubt, Christine was a woman who stood out amongst her peers. One of her St. Clement’s friends described her as someone who was continually surprising because she was truly a study in contrasts. While sometimes reticent and subdued, she had a readiness to laugh- particularly at herself- which made her a popular, sought-after friend and a primary instigator of fun. She never talked about herself and had a generous esprit de corps that made her open and empathetic to others. Over time, as another St. Clement’s friend wrote, “she retained her love of life, good times, sense of humour, wit and curiosity.”

A woman who is intellectually curious is engaged and passionate about learning and possesses skills and drive to think creatively.

To me, having had some time working with Christine in her role on our Board and on our Advancement Committee, I know that she exuded intellectual curiosity. You need only consider her leadership in the not-for-profit world at the North York YMCA, the YWCA of Canada, the Heart and Stroke Foundation of Canada, Girl Guides of Canada, and at ABC Canada Literacy Foundation. Christine’s intellectual curiosity was evident in all that she did, including- as was mentioned in her obituary- her many, many impressive and pointed letters to the editor. As one of her longtime St. Clement’s friends wrote, “Christine was constantly reinventing herself: she had the capacity to adapt, to change, to learn, and key to this was her never flagging concern for others, and an artistic sensibility.”

A woman who is courageous demonstrates inner strength and is equipped to take action in the face of new challenges and adversity.

There were so many ways in which Christine’s courage shone. For me it was her ability to work in teams and yet confidently voice her own opinion. Not only was she courageous, I know that she spent many a time building up the courage in others. I distinctly recall a number of times in my first year as Principal at our beloved school that her support, confidence and kindness contributed to my being stronger. Beyond this- and perhaps most notable- was her approach to the last few years of her life when faced with challenges and adversity. Christine, in my mind, demonstrated the epitome of courage.

Finally, a woman who is compassionate demonstrates care and concern for the well-being of others, their communities and the world.

As another of Christine’s close friends wrote, “It was beyond inspiring how much of herself in time and emotional energy that she gave to others in such a humble, unassuming fashion.”  Christine’s volunteer work was outstanding and demonstrated her remarkable compassion. She was a committed and exemplary Board Member for the Bloorview Children’s Hospital, St. Clement’s School, St. Andrew’s Church Heritage Trust, the Founder and Chair of the Peter Gzowski Foundation for Literacy and she latterly joined several boards within her Muskoka community. While Christine is no longer with us, her legacy lives on because of not just her remarkable compassion but also her proactive philanthropic approach. Christine believed strongly in the importance of setting an example for women and philanthropy.

Not only did Christine plan- in life- for a philanthropic gift upon her death to the Bloorview Children’s Hospital but she worked with St. Clement’s School to provide a very generous Legacy Gift. Christine was adamant that her intention to leave a financial legacy- in her case for financial aid- was publicized- and that it be a way to set an expectation for others. To me, it means that Christine’s presence will always be with us and that she has allowed us to be better able to ensure that any girl, regardless of her financial capacity, is able to apply to come to our School.

In a 2011 letter to the editor in the Globe and Mail, Christine wrote about the Queen of England in response to an article entitled, “Tired of Waiting for the Throne.” In it she writes, “On April 21, 1947, her 21st birthday, then Princess Elizabeth vowed in a worldwide radio broadcast: ‘I declare before you all that my whole life, whether it be long or short, shall be devoted to your service…God help me to keep my vow.’ Christine went on to write: “She said ‘whole life,’ not when I’m 65, or when I’m satisfied that my son can take over the job, or at the same time that popes or monarchs in other countries pack it in. ‘My Whole Life’: She meant it.”

Christine, from one Clementine to another, we will be forever indebted to YOU for your giving of yourself for your ‘whole life’…and for being an outstanding woman who was intellectually curious, courageous and compassionate.