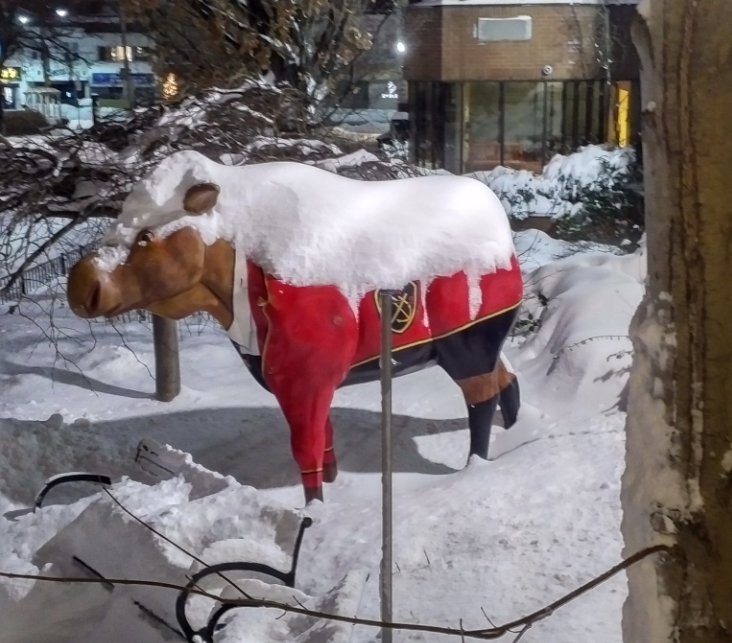 This past week was a wintery one, and it forced me to realize that one should never say never.

Almost exactly eight years ago, during my first winter as Principal of St. Clement’s School, we called a snow day.

The decision-making process for bad weather closures incorporates a number of factors. A call with local independent school heads takes place at 5:30 a.m. on the morning of a day in question, and then, for many of our schools that have good access to transit, a wait to determine whether our Toronto District School Board (TDSB) schools will close contributes to a final call. Should the TDSB schools close, affecting thousands of students– including some children of staff and SCS parents, we will close.  We are careful to outline to staff and parents that when St. Clement’s makes the decision to remain open, families and staff should take note of traffic and road conditions to determine whether they are able to safely come to school. If they determine that they are not able to come, that is just fine.

While these decisions may seem reasonably straight forward, they never feel that way.

After our snow day in 2011, where the weather ended up being quite benign, I was fairly adamant that we would never call a snow day again; our school is on the subway line, we have many families where both parents are working, and staff who are safely able to come in can assist in covering. I suggested that we wouldn’t call another snow day because it was lonely without our staff and students at school. With the help of our now retired I.T. Help Desk Manager, Dominic Yeung, we made a video that I thought I would share at an assembly soon after as my reasoning to negate snow days. I share it with you now only because much to my dismay, it was leaked and I am unable to take it down (lesson in social media 101.)

And so, as I listened to colleague heads of school wisely discuss that while the weather at 5:30 a.m. was fine, the radar was showing terrible weather on the way, I felt uncomfortable…..What were we to do? And then, when the TDSB made their final call at 6:22 a.m. to close their schools and services, I knew we had to close, too.

Since Tuesday, now the second snow day I have called in my years as principal, I have had many parents tell me that their daughters didn’t believe them when they were told the school was closed because St. Clement’s never has snow days.

There are many lessons in leadership…..and my reminder to never say never was a good one!