HomeNews & MediaNot Doing is the Best Thing To Do
POSTED:Sep 30, 2017 CATEGORY:Red Blazer, Our Principal's Notes 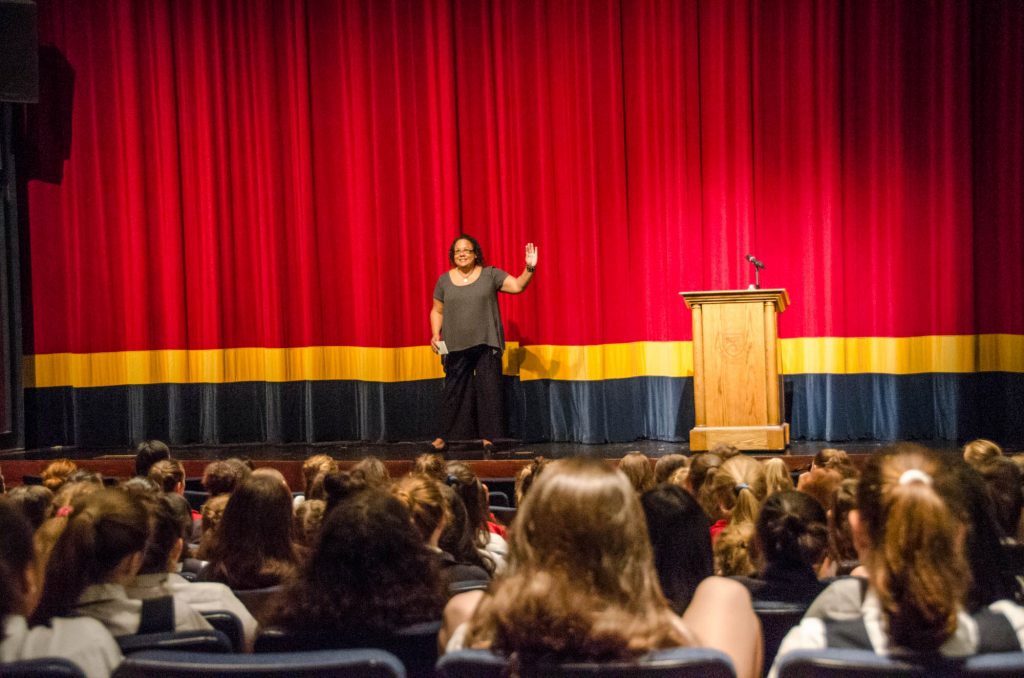 This past Tuesday, with great thanks to our Parents’ Association, St. Clement’s School hosted Julie Lythcott-Haims as our first 2017-2018 LINCWell speaker. Lythcott-Haims, past Freshman Dean at Stanford University and mother of two teenagers, is the author of How to Raise an Adult: Break Free of the Over-Parenting Trap and Prepare Your Kid For Success.

Lythcott-Haim’s message is a strong one- that parents must step back and allow their children to make their own mistakes and build their resilience. However, she knows from experience that doing so is not as easy as it sounds. Lythcott-Haims writes, “At an intellectual level we may understand the value of letting go and letting them make mistakes or fail, yet it’s a deeply unsatisfying directive because as parents we want so much to affirmatively do something.”

With what feels like an increasing drive to ensure that our children are prepared in the ‘right’ way- with the ‘right’ schools, the ‘right’ experiences, and the smoothest path to the next ‘right’ phase academically and socially, we are, according to Lythcott-Haims, doing a huge disservice to our children. Lythcott-Haims suggests that there is an epidemic of over-parenting and it is hurting our children rather than helping them. Young adults show less resilience than in previous generations because adults have managed their children’s lives in detrimental, hands-on ways, over-structuring their time, working to clear all the obstacles they face, and checking in too often. Children need opportunities to work independently at their tasks. The very struggles that we want to rescue our children from are what allow kids to learn and grow.

As Lythcott-Haims says, the link between over-parenting and less resilient kids may make intellectual sense, but it is also natural to want to help. It is also challenging to break free of over-parenting if so many others are supporting, clearing paths and ‘doing’ the things for for their children that they feel will help.

Through Lythcott-Haims’ message and examples as both a Dean of Freshmen and a parent, it becomes evident that not doing something is the best thing to do; that parents’ efforts to hang back, to listen, to allow their children to deal with the consequences of forgotten homework, lunch, sports equipment and scripts will result in increased responsibility and independence.

As Lythcott-Haims writes in her book, “There is good news: There is something we can do to normalize struggle for our kids and help them build the toughness they’ll need in order to thrive as adults in the world. We can help them become resilient.”