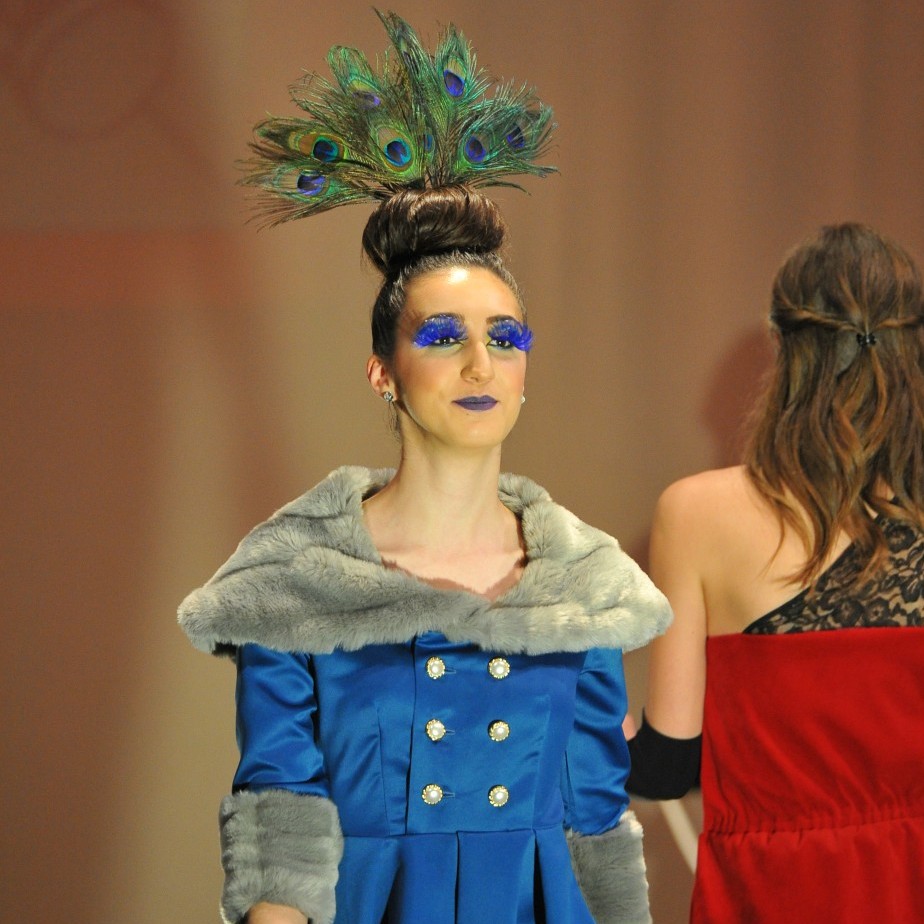 Last June, SCS designers started dreaming. Seven months later, their dreams came to vibrant life at two sold out Lumina Fashion Design Shows. Working within the context of this year’s Lumina theme, dream. design. create., each designer started with their own inimitable dream and turned that dream into a design concept. In perhaps the most challenging part of the process, the designers then transformed their design idea into an effervescent creation, and presented the final product to the SCS community – to rave reviews.

Eleven scenes underscored just how unique dreams can be. Inspiration came sources such as iconic ‘80s filmmaker John Hughes; the board game Clue; Greek goddesses; tragic love stories; and the process of coal morphing into diamonds. The designers, models and choreographers worked to meticulously breathe life into each theme, as the collections were paraded down the runway and showcased through dance.

Lumina is a student-led production from start to finish. Show producer Rachel remarked on how much work each SCS student put into the show, and she is thrilled the audience was able to see the amazing culmination of months of hard work. “I think my favourite moment was at the end of the final show when all the designers, Stage Manager Lia and Ms. Unrau came onto the stage to be recognized,” she recalled. “They all put so much time and dedication into the show and it was great to be able to share our appreciation.”

Show producer Zahavah agrees, and was particularly impressed with the mentoring element that came with the development of the production. “A standout moment for me was the Apprentice scenes,” she shared. “I was amazed by how many younger girls took initiative and got involved with Lumina, and I was very impressed with the quality of their work. The Apprentice scenes are also a highlight for me because they show the connection between the girls in the school regardless of Grade. Most of the models in these two scenes were in Grade 12, and it speaks volumes about the St. Clement’s spirit that they were all so proud of their (mostly younger) designers and applauded their work.”

Proceeds from this year’s production supported the Workman Arts Project, a charity based on the principle that the creative process is integral to the quest for personal and spiritual development. The mission of Workman Arts is to support aspiring, emerging and established artists with mental illness and addiction issues, who are committed to developing and refining their art forms – a fitting partnership for Lumina.