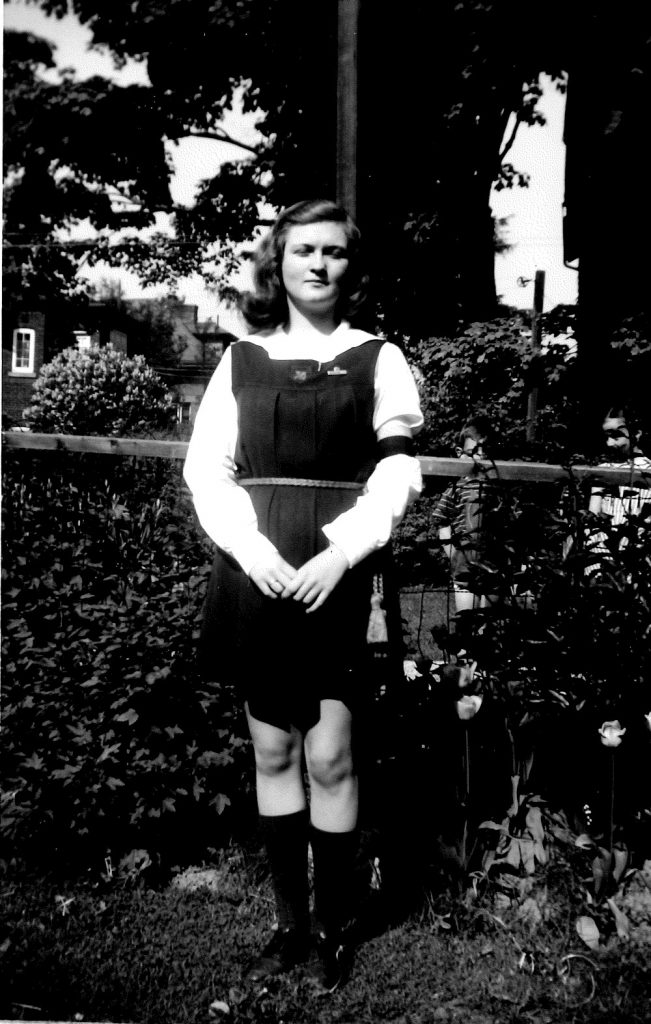 Our St. Clement’s uniform is famous around the Toronto area. One of the most iconic pieces of the Clementine uniform, however, is the gold belt that our graduates have donned for the past 66 years. Prior to this, the graduating class did not have the honour of a gold belt assembly— they simply wore the same tunic belts as all the other grades.

This all changed when a group of prefects from the 1948 graduating class formed a committee to choose a special uniform article that all graduate class members would wear. The leader of this group was a girl called Isobel Ganton ’48. She, along with several other prefects in her class, journeyed to the former department store Simpsons and found the now-famous gold belt – in the curtain section. Yes, grads rejoice: the gold belt, which marks you as our leaders, our eldest, and our role models, was originally a curtain tie. Ganton and her comrades found the item as part of a set, although presumably they did not buy the curtains that went with it.

Thus, the origins of the gold belt, the affectionately and accurately nicknamed curtain tie, come to light. Remember, when you put on your gold belt in the morning, it once was just an average curtain tie in the downtown Simpsons store, until St. Clement’s girls, enthusiastic and creative as ever, made it a staple and symbol of our school uniform.