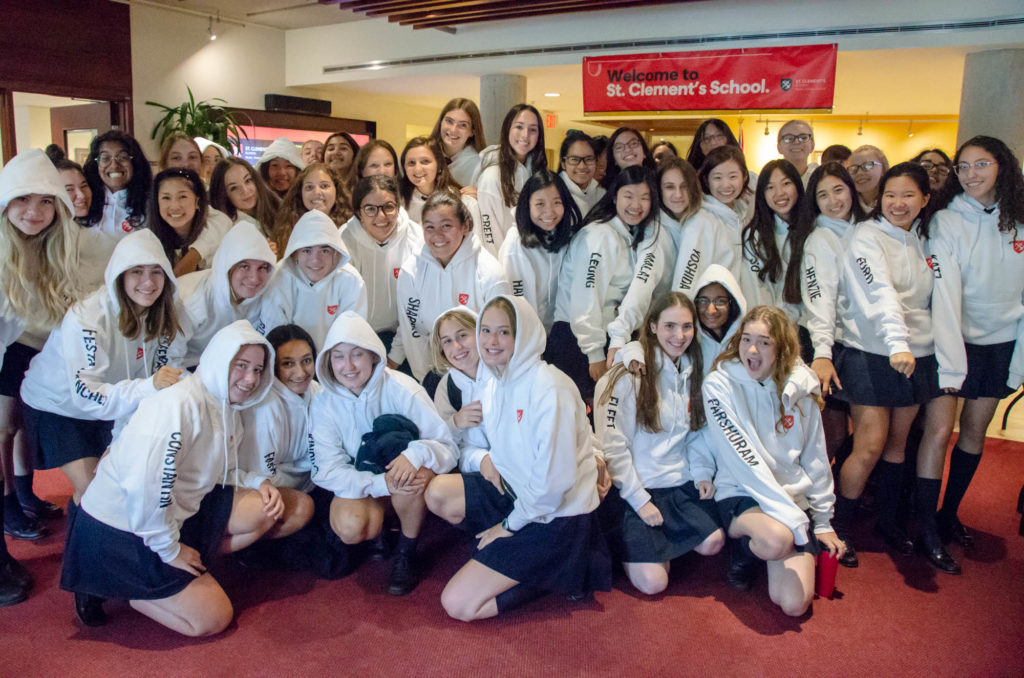 The Gold Belts that have been worn with enormous pride by successive years of SCS graduating classes are not the only marks of distinction for St. Clement’s Grads. Each September the arrival of another item of attire is almost as eagerly anticipated.

Late in their penultimate year of SCS life, the Grade 11 class gather together to come up with the saying that will represent their graduation year. Sometimes humourous, often insightful, and always clever, the class saying may sum up their time at 21 St. Clements Avenue, their ambitions, their view of life, or just something that draws a smile or a scratch of the head.

The famed SCS red blazer and blue tunic are as rich in history and tradition as they are mainstays of the neighbourhood. Another piece of school attire is just as coveted, however. Along with their class saying, the grads also select the colour of the sweatshirt that they – and only they! – can sport during their final year. With the saying imprinted on the back and their names on their sleeves, the Grad Class sweatshirt is an item of great pride.

This year’s Grad Class received their sweatshirts during their first week of school. Adorned with the SCS crest and distinctly personalized, they also bore the saying for this year’s Grads, the Class of 2020:

“A Class with a Vision.”

Ms Chisholm’s Grade 4 class took a virtual trip to Hollywood North recently with an Alumna as their guide. 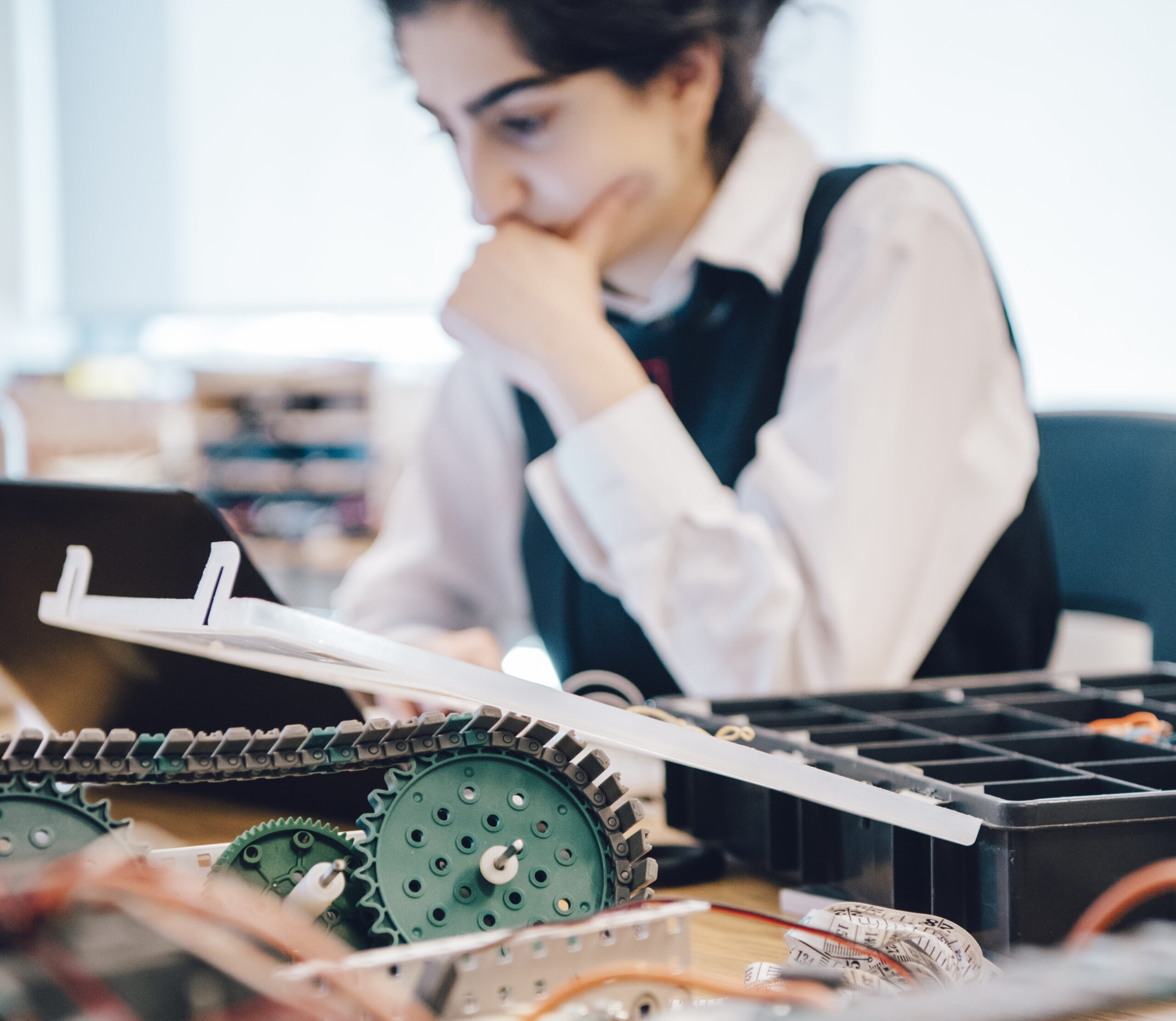 Our regular Wednesday full-school virtual gathering was a special e-STEM-bly this week, in advance of the Int