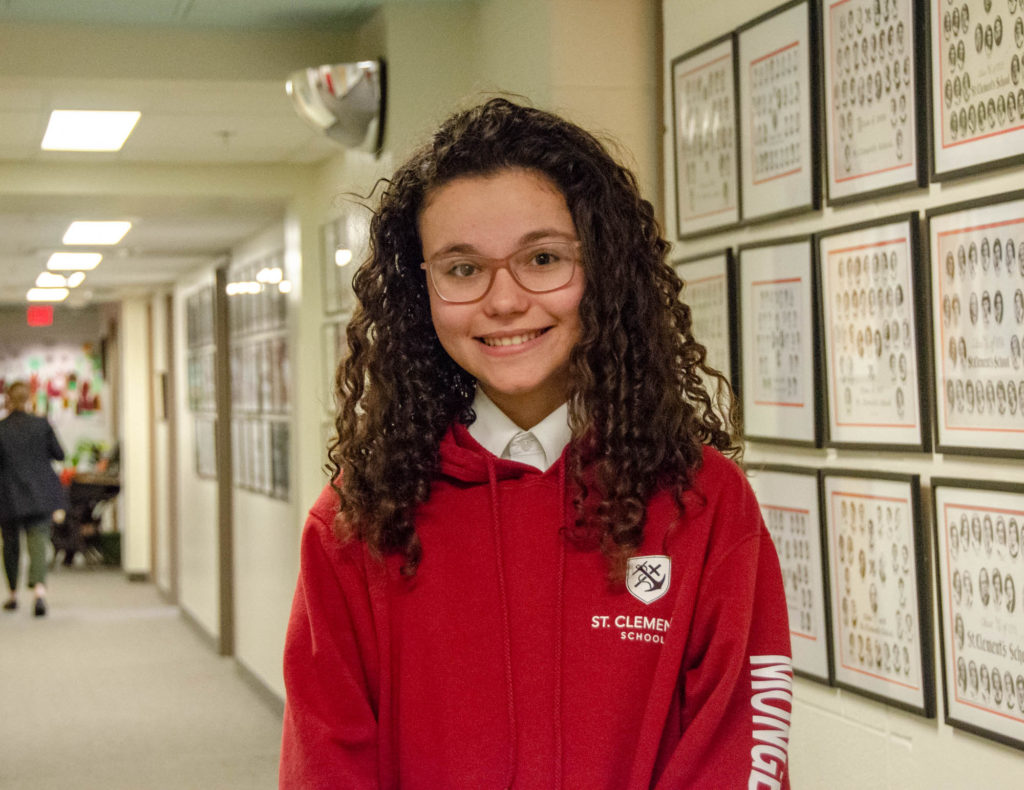 Late last school year, Hannah M. ’19 was on a website devoted to “…living well and doing good” when a story piqued her interest.

The website was run by a group of women who strive to make Toronto a better place for everyone, and Hannah had made it a habit to visit the site to see what she could do to make a difference in her own community. The story that caught her eye that spring day regarded an Ontario mother who was attempting to bring a little sunshine into the lives of some children who were enduring tough times.

Jessica Cohn of Vaughan had become deeply concerned by a number of posts she had come across on Facebook parenting groups. The all too frequent messages detailed heartbreaking accounts of birthday parties that had gone unattended despite the invitation of countless friends and classmates. When she shared the stories with her own children, twins Jeremy and Tamara, age 10, they felt compelled to do something. Together they decided to send birthday cards to these children assuring them that they weren’t forgotten.

That act of thoughtfulness developed into “The Friend Send”, a volunteer organization that today mails hundreds of cards each year to Canadian children age 12 and under. While some are still sent to those who have had bad birthday experiences, others are sent to children who are being bullied at school or in their neighborhoods.

Although the cards are from complete strangers, the personal effort that has gone into each and every one and the messages of encouragement, support, and kindness that they contain have done a power of good for children across the country.

When Hannah read of “The Friend Send” she was sufficiently moved not just to participate herself, but to introduce the concept to St. Clement’s.

“At the time,” Hannah recalls, “the School charity involved mental health issues and I just felt that The Friend Send could work well at St. Clement’s. Not just to assist kids who were suffering elsewhere, but also to help students here better appreciate just how awful bullying can be.”

Hannah with the help of Simone (’21), Renéyah (’20), Jackie and Inaara (both ’19), first approached Katherine Hicks, the Head of Junior School, to see if she felt this was something that could work at SCS.

“Mrs. Hicks agreed that The Friend Send could be a good example of how words can make a difference and improve people’s lives,” Hannah explains.

Hannah next contacted Jessica Cohn, the initiative’s founder, and received a very warm reception. While The Friend Send began with individuals and families sending out cards, it really only took off once schools had embraced the idea and cards were sent out in far greater quantities.

Cohn provided Hannah with a list of children who were being bullied, and Hannah recruited three Clementines from each grade of the Junior School. Led by students from Grades 7 and 8, the girls then enthusiastically made and sent cards to each child in need.

From its inception, The Friend Send has worked with York Regional Police’s internet safety officer to ensure that the identities of all the children are protected. Cohn gave Hannah a list of first names, their ages, and an idea of the problem the individual child was facing so that SCS could personalize the messages they wrote. The cards were then sent to Cohn’s postal box from where they were forwarded to the children. This process ensured anonymity yet provided the recipients with something that was still personal.

Now in a new school year and facing the hectic schedule of her Grad Year, Hannah intends to grow SCS’s connection with The Friend Send and to involve middle school students.

“I firmly believe that The Friend Send is not only a great way to assist children who are having problems,” she says, “but also a perfect way to teach the kids who send the cards just how important it is to treat their classmates and everyone with respect and kindness. I hope to have SCS send out even more cards this year.”

Check back soon for another edition of #SCSSpotlight, where we profile a different student, group, activity, or interesting event!