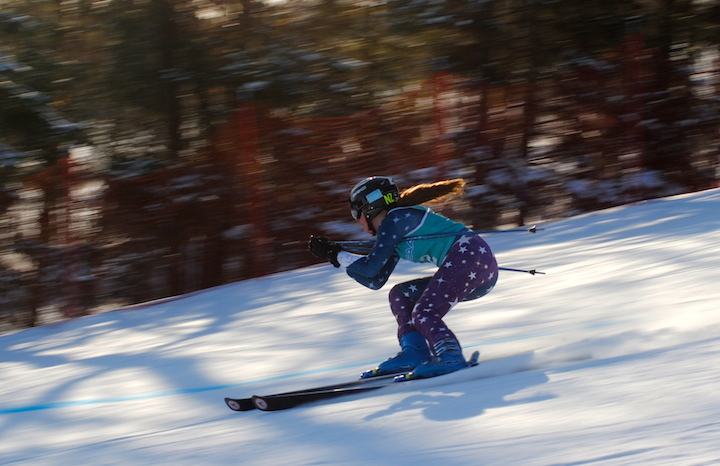 I started skiing when I was two and a half, because my grandparents bought a house in Collingwood. Even though neither of my parents really skied or raced as kids, they decided we would try it as a family.

At age nine I started racing in the Nancy Greene program. I raced at Craigleith Ski Club with the extended program for five years, three to five days a week from December to the beginning of April. Training was about four to six hours a day with about ten races a season and then Provincials and CanAms post-season.

With my skiing, I’ve travelled to Maine, British Columbia, Quebec, Vermont, and Sault Ste. Marie. I love the competitive atmosphere, and how every time I ski a course it is different. Both my sisters race and I’ve met a lot of friends through racing which also makes it enjoyable.

This was my first year on the School ski team and I really enjoyed being able to do something I love with people I never get to ski with.