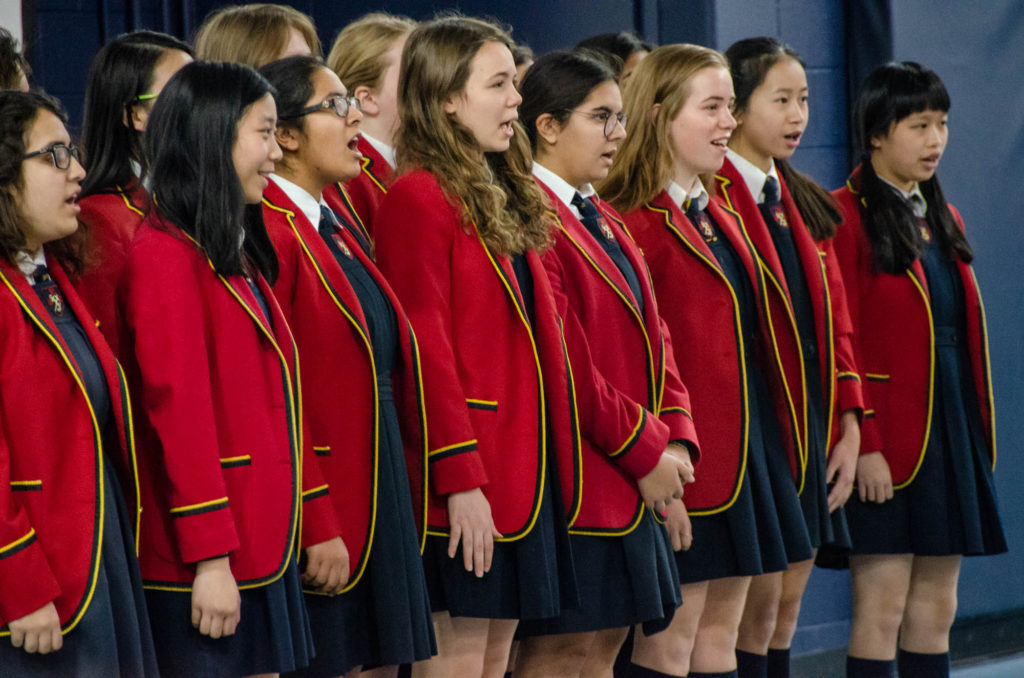 On Friday, November 23, St. Clement’s School marked the Feast Day of its namesake, St. Clement, with a special assembly.

Canon Thomas Wesley Powell, the rector of St. Clement’s Church, founded SCS in 1901 initially using the church’s parish hall before establishing it in its current spot just down St. Clements Avenue. St. Clement himself, meanwhile, is believed to have been born almost 2,000 years ago in Rome and lived to be 99 years of age. His letter to the Corinthians is still regarded as amongst the most important Epistles. In addition to being the namesake of the School, St. Clement is also the patron saint of sailors, tanners, marble workers, metalworkers, felt makers, hatters, and blacksmiths.

For centuries, St. Clement’s Day was marked in England as “Old Clem’s Night” and even gets a mention in Charles Dickens’ Great Expectations.