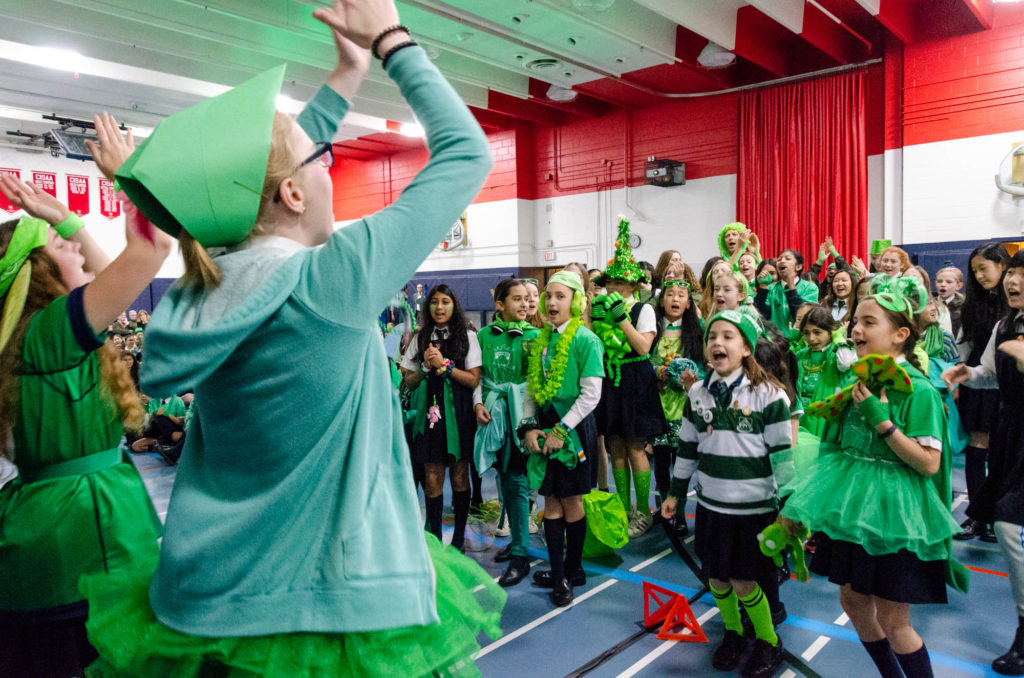 Each of St. Clement’s four Houses has its own colour: Tudor is red, Windsor is purple, York is yellow, and Stuart is all things lush, verdant, leafy, and green. On each House day, the School sports every imaginable hue of that colour and in honour of Stuart that ranged from artichoke, asparagus, avocado, and lime, through to jade, malachite, and emerald, and on to moss, shamrock, forest, pine, and well beyond!

The gym was decked out in camouflage netting and green lights for assembly and after watching a superb Peter Pan-inspired video, the games commenced. Competition between the Houses was fierce with the House chants in particular levelling off at a frequency that even the average potted plant strained to hear.

By the time the pixie dust had settled, Stuart was fittingly proclaimed the winner of the Stuart House Day competitions. The points they earned go towards their total and year-end prize of the House Cup champion for 2020.