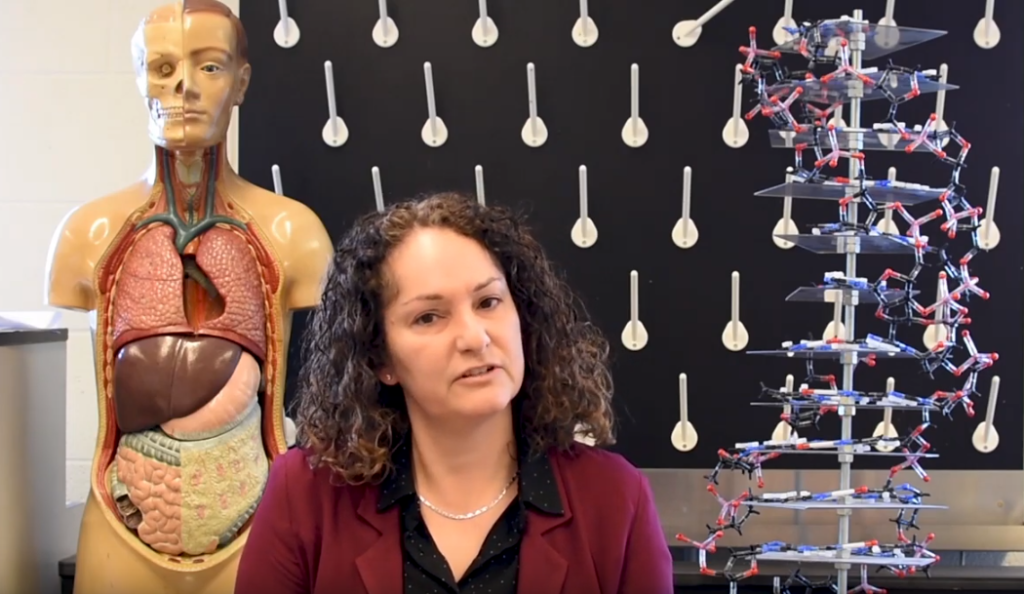 Last week, St. Clement’s School’s STEM Committee celebrated all things science with an aSTEMbly aimed not just at sharing why today is so important, but also, as Heidi H. ’21 promised, “to show you all how much fun science can be!”

“At SCS, we’re lucky to have amazing teachers and peers who support us in all our academic endeavours, whether it’s STEM or not,” Stella R. ’20 explained.

Although female representation in STEM has grown internationally over the past few decades, UNESCO reports that only 30 per cent of female students select STEM-related fields in higher education.

“According to Statistics Canada,” Stella continued, “boys who have lower grades will be more likely to choose STEM-related courses, rather than girls with higher grades. Less than 30% of scientific researchers worldwide are women, so in order to achieve gender equality in STEM, we need to inspire girls and women in STEM.”

The committee described the efforts and achievements of two inspiring women who have changed the way we think about the world. Riya U. ’22 talked about chemist and DNA pioneer Rosalind Franklin, while Neha S. ’20 profiled former Canadian astronaut (and current Governor General) Julie Payette.

The team then shared the lighter side of science by powering up a Van de Graaf generator. Invented in 1929 as a particle accelerator, Laura L. ’21 called forward Sophie J. ’26 for a truly hands-on demonstration as Sophie’s hair stood on end while Myah D. ’20 explained that it was all thanks to a spot of electrostatics.

Before finishing, the STEM Committee had much of the School riveted by the Traffic Light experiment which uses various chemicals in a clear plastic container to not only bring about a colourful and changeable chemical reaction, but which also created quite a buzz of excitement across all grades.

While exciting experiments and remarkable people can unquestionably help encourage people towards scientific studies and even careers, there is another influence even closer to home.

“There’s another group of people who inspire us every day and get us excited about science,” Heidi announced. “Our science teachers!”

At SCS, we’re fortunate to have staff and students who are helping to increase the participation of women and girls in science, something that makes today even more special.

For a glimpse of just how much STEM means at St. Clement’s, take a look at this video: