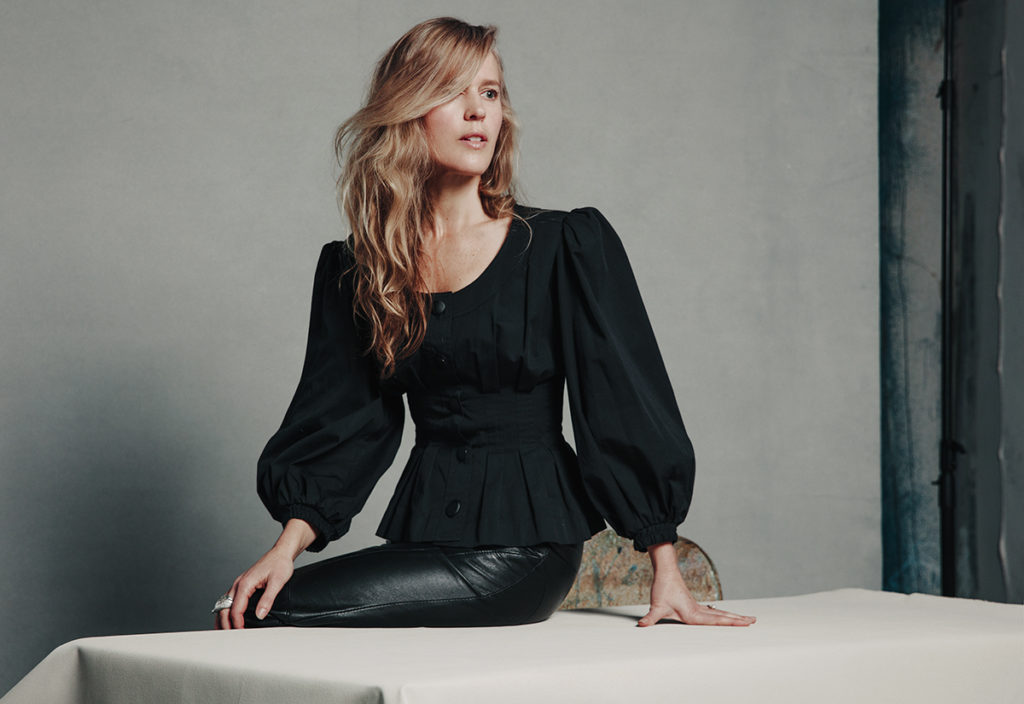 The following is an interview published in our Red Blazer magazine in Fall 2018.

It is often said that the best path forward is rarely a straight line, and for Claudia Dey ’91, that has certainly been true.

“Writing was forever,” Claudia explains of her life journey. “I made my first book––illustrated and stapled together––when I was five, about two flowers going to a flower hospital.”

“Getting dressed was always a creative act,” she adds. “These forces were deep inside me as long as I can remember. Most of my childhood was spent reading. I see now that that was my apprenticeship. When I got to theatre school in Montreal, I finally had a chance to do some costume design alongside the playwriting. It was at this point that my two passions came together––and it felt like an accumulation of my entire life.”

In August 2018, Claudia’s latest novel Heartbreaker was published by HarperCollins to wide acclaim, although such a response was nothing new for the writer: her first novel Stunt was named to The Globe and Mail’s “2008 Globe 100,” included in Quill and Quire’s “Books of the year,” and shortlisted for the Amazon.ca First Novel Award. Meanwhile, her play The Gwendolyn Poems was nominated for the 2002 Governor General’s Award and the Trillium Book Award.

“At St. Clement’s, I remember getting both glorious and biting feedback to my writing,” Claudia recalls. “Arguing until I was in tears with a teacher about the nature of love, and then having that same teacher tell me my writing was as lyrical as Leonard Cohen’s. It was extreme. My recollection is that because the school was so rigorous and the standards set so high, we too operated at the highest level, expected the most from ourselves.”

Claudia also believes that St. Clement’s School gave her the intellectual curiosity and the courage to pursue the multiple interests that have come to define her life.

“The school let me express myself,” she says. “I wrote essays about Leonard Cohen, Jim Morrison, Dylan Thomas. I wrote poetry and co-wrote a play. I had the space to be an artist.”

In 2012, Claudia and best friend (and fellow novelist) Heidi Sopinka founded design studio Horses Atelier with the philosophy of making pieces based on the values the designers hold in everyday life: utility, beauty, wildness, and endurance.

While some might be surprised to learn that a fashion designer spent some of her most formative years restrained by a school uniform, Claudia admits that she perhaps didn’t conform quite as much as others might have thought during those days.

“I wore oversized men’s shirts under my tunic,” she now confesses. “Some were tattered at the collar to indicate my artist soul, and that my truest friends were Baudelaire, Flaubert, and Patti Smith. I also wore patterned boxer shorts. No one could see my underthings, of course, but it was enough that I knew they were there!”

The Horses label has been profiled in Vogue, featured on HBO’s Girls and worn by Feist, Jerry Hall, and Georgia May Jagger. For Claudia, there is a parallel between writing and fashion design.

“Fashion can be moving and profound,” she explains. “There is a lot of technical craft and countless decisions and tireless drafting that goes into the finished garment. A book, though, will always be closer to my heart.”

“Last night,” she expands, “evening sun and the end of an eight-hour day recording the audio book for Heartbreaker. A knock on the door. A courier. And a large box (which I was too nervous to open). I finally cut through the tape with a knife and there it was: what I had spent thousands of hours of my life on. My book. Writing Heartbreaker allowed me to conclude a whole sequence of feeling and thinking. It was such a relief to hold the book in my hands. To know it was done. And that now it would find its place and its people.”