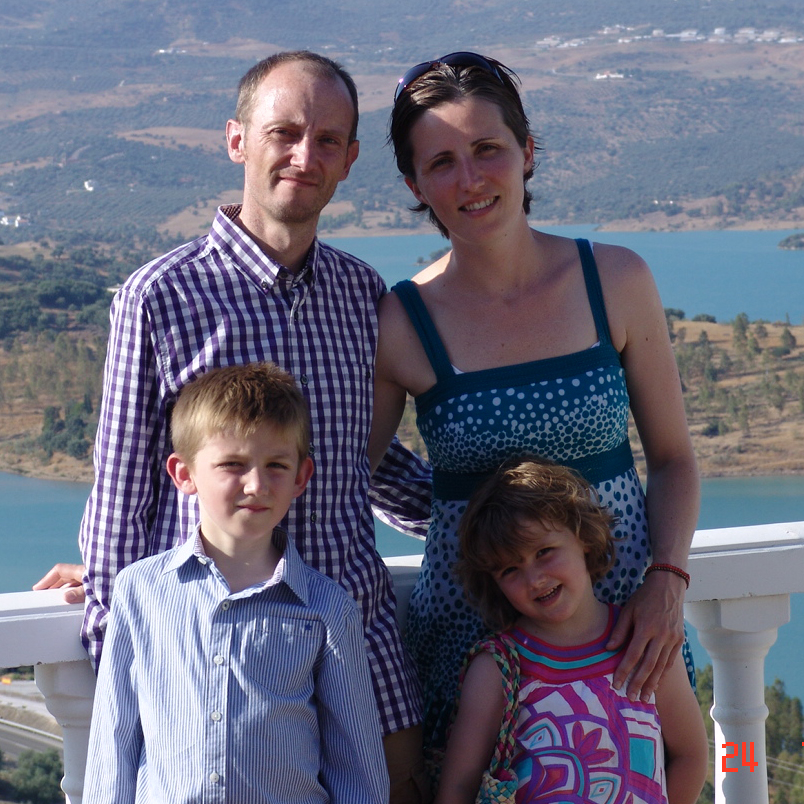 The following is an interview published in our Red Blazer magazine in July 2013.

1. What did you do after graduating from St. Clement’s School?
I attended Queen’s University, graduating with a degree in Life Sciences. I completed my MSc in cardiovascular pharmacology, then furthered my studies in England at the University of Nottingham, graduating in 2002 with a PhD. After a post-doc and fellowship at Bristol University, I returned to Nottingham, and am now a lecturer and academic lead of a cardiovascular research team. I’m married to my British husband and have two children, Oliver and Lauren.

2. Could you give us some highlights of your current work?
My job is never boring! I am a teacher, administrator and scientist. I have the chance to interact with young people every day, and see them grow into capable medical and pharmacy professionals. There is nothing better than that.

3. When you were at St. Clement’s, did you know that you wanted to pursue a
career in medical research?
Absolutely not! My best marks at SCS and university were in languages and creative writing. I worked with a Professor in the Pharmacology Department who suggested I apply for an MSc position in his research group. He was an inspiring teacher and his enthusiasm for his work was contagious.

4. What are some words of advice for girls interested in pursuing a career in
medicine or research?
Early in my career, I was told that having a family would halt my scientific aspirations. I proved otherwise, as I had my son in the middle of my first post-doc and was heavily pregnant with my daughter when awarded my fellowship. My advice is to fight for what you want, but never compromise on important things. I never miss my kids’ school plays or sporting events, and never apologise for putting them first.

5. How do you think St. Clement’s influenced your path?
At SCS I was taught the importance of friendship, respect and hard work. Part of the reason I am in Nottingham is that I earned the respect of colleagues whilst here as a PhD student. SCS has a ‘family ethos’ which never leaves – whenever I hit difficult times, my SCS friends put me back on the path.

6. Is there something you learned at St. Clement’s that is still with you today?
Standing up in class to give a presentation… it was my worst nightmare. Then I became a Prefect, a role which often required performing in front of the school! Now, if I feel nervous delivering a lecture to 400 students, I think back to singing Rick Astley’s ‘Never Gonna Give You Up’ in a carpeted gym. Suddenly, my lecture seems less daunting.

7. Our strong sense of community and extraordinary spirit is important at St. Clement’s, and is the theme of this Red Blazer. In what way did you experience the value of our community and school spirit?
I didn’t fully realize the uniqueness of SCS until I left, and took for granted the constant support and spirit whilst there. Luckily, social media has a purpose – it didn’t take long to re-establish relationships with my classmates. SCS spirit lives on, and even from across the ocean, I can still follow the ever-growing families of my ‘old’ friends!

8. If you looked back and wanted to give advice to your younger self at St. Clement’s, what would you say?
Go easy on your shins. They won’t forgive you when you’re old.