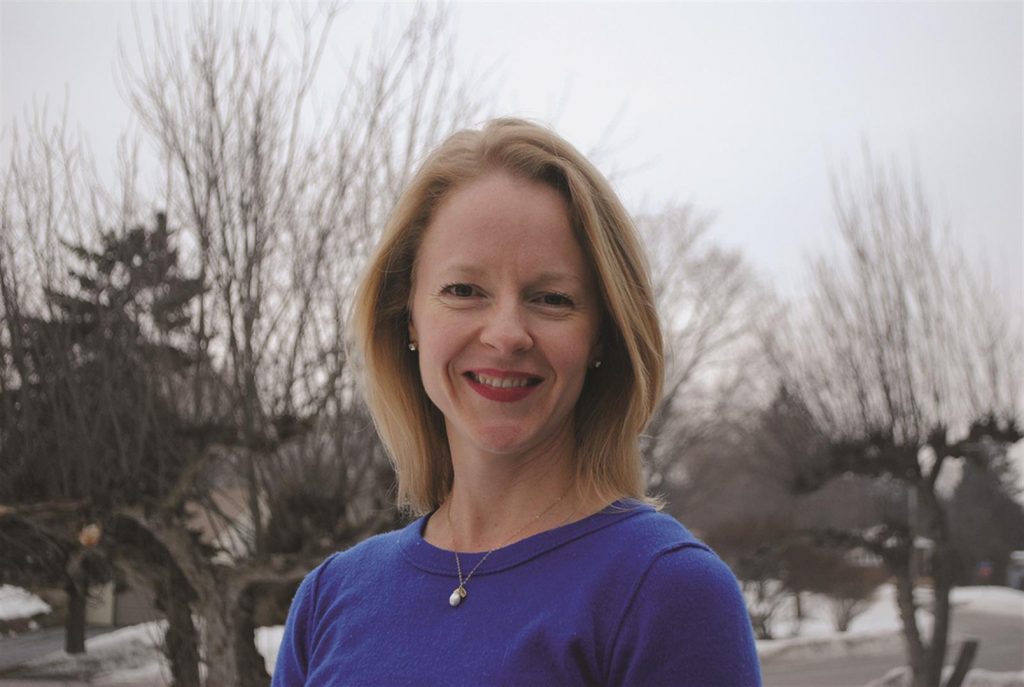 The following is an interview published in our Red Blazer magazine in March 2014.

“Kathleen is an alumna who is one of the owners of Bennett March, an Investment Planning Council,” Claire explains in her essay. “Her job as a financial consultant means she looks at the client’s financial situation and creates an investment strategy.”

St. Clement’s recent ad campaign centres on the idea that “the best path isn’t always a straight line,” and alumnae Kathleen Peace knows this all too well. After graduating from SCS, Kathleen attended Dalhousie University where she studied general arts, before receiving call from the economics department because of her top marks in the subject. She then switched majors.

“Kathleen started off with a summer job at CIBC and worked her way up the ladder,” Claire writes. “She worked for a few years in New York City, but she learned she did not like what she was doing there. At this time Kathleen was working in a large bank, and felt she was one of thousands of employees. It was also clear that the work was doing what is best for the company, not the client.”

In her current role, Kathleen works with people who need help organising their finances, focusing on their goals, the risks covered, and ensuring that their taxes and estates are managed. “I like to think of it as a warm blanket covering every aspect of a client’s finances” explains Kathleen.

She never saw herself in the financial field, during her time at SCS Kathleen excelled at sports and teamwork, and saw herself working in kinesiology.

For Clementines considering a similar career path, Kathleen’s advice in that there are different tracks; the corporate route or, like Kathleen did, studying economics and then working to get the right qualifications. “Stay broad minded,” Kathleen advises, “employers value well-rounded people with emotional intelligence as well as technical knowledge. You also need the right initials after name for credibility.”

Kathleen’s other advice is to stay connected to the SCS community. Kathleen now has other alumnae in their mid-40s mentoring her. “Start early, use Linkedin and maintain contact,” she recommends. “Attend SCS networking events.”

SCS gave Kathleen the confidence to success; “there was never a moment I thought ‘I can’t do this’. I never considered myself just a woman in a man’s world.”

“The school spirit is also something that sticks with you for life,” she adds, “you can’t cheer for your house but you can cheer for yourself. I wish there was more yelling at each other during house days as an adult!”

Is there any advice Kathleen would give to her younger self at SCS? “Don’t worry so much,” Kathleen offers, “though I could probably use that advice now, as well!”