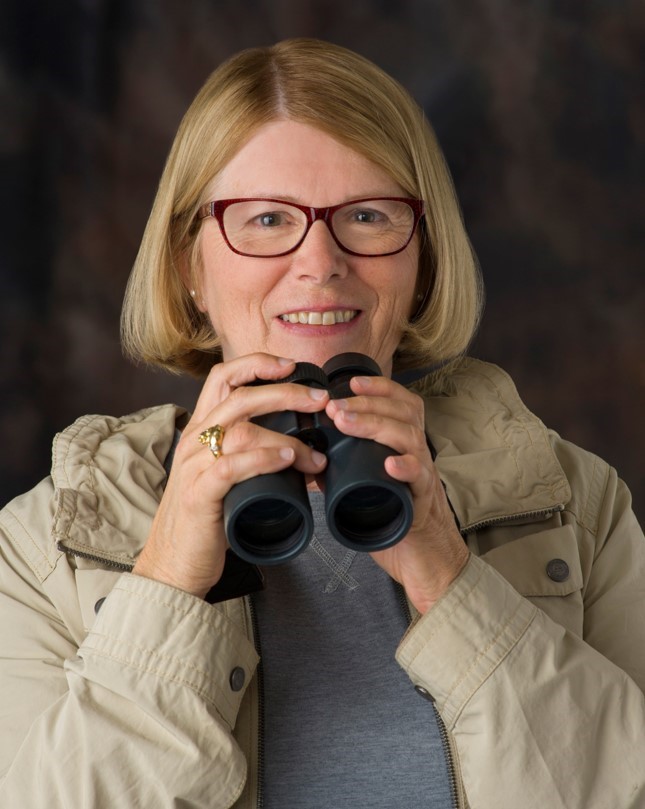 The following is an interview published in our Red Blazer magazine in Spring 2019.

“During my years,” Pamela recalls, “some science experiments had to be done outdoors on the basketball court, because there were no exhaust fans in the science lab, and there was no proper gym – just a low-ceilinged room in the basement that doubled as a sort of gym and a sort of assembly room.”

For a creative person like Pamela, however, there was a bigger concern than shortcomings in the science department: “There was no art.”

Pamela was born and raised in England and came to SCS directly from a convent boarding school. A review of her academic and curricular record resulted in her being put ahead two grades, a decision that was not without its problems for the young Clementine.

“It was a very tough transition,” she now admits. “What made it easier was the kindness and friendliness of the girls in my class, and the French teacher who stayed late to tutor me and bring my French up to Canadian standards.”

When it came time to retire her gold belt and move on in life, Pamela chose to pursue her creative dreams. That decision did not meet with universal support at SCS, however.

“The headmistress made it clear that my choice of art college had her disapproval,” Pamela recalls. “‘St. Clement’s young ladies go to university or into nursing,’ she told us.”

Pamela followed her heart and attended the Ontario College of Art (now OCAD) and the University of Guelph. After working for several advertising agencies, she started her own business, Pamela Stagg Creative Services, which she ran for over 25 years, serving clients throughout North America.

In 1987, she took a course in botanical painting at the Civic Garden Centre in Toronto and was encouraged by her teacher to exhibit competitively in London, England. Despite her own doubts, she did as suggested.

“To my great surprise,” she says, “I came home with the world’s top prize, the Royal Horticultural Society’s Gold Medal.”

It was the start of a new and distinguished professional avenue that saw her painting and teaching botanical painting in addition to her regular work.

“I painted during the day to take advantage of natural light,” she explains. “I wrote advertising mostly at night and taught botanical painting on the weekends. It was a good thing that I was a workaholic back in those days, because I needed to be!”

Since then, Pamela was commissioned by the Royal Canadian Mint to design the trillium coin for the prestigious pure gold coin series, and painted more than 30 roses for the book, Roses, A Celebration, named a Notable Book by the New York Times. Her work has been exhibited with that of The Group of Seven and David Milne and at Oxford’s Ashmolean Museum and Tokyo’s Musee Seiji Togo.

Of all the accolades and accomplishments, however, one of which Pamela is most proud was seeing one of her students, Noriko Watanabe of Japan, win the very same Royal Horticultural Society’s Gold Medal as she had done, while a Canadian student, Margaret (Peg) Graeb, won the Bronze Medal.

Four and a half years ago, Pamela was approached to create, produce and present a nature program for a community radio station in Prince Edward Country, CJPE 99.3 County FM. Although she had no experience in broadcasting, she dived in and created The County, Naturally.  The program became one of the station’s most popular and an episode on how to help turtles cross the road was picked up by CBC and broadcast on As It Happens.

Recently, Pamela was honoured during the Art of the Plant exhibition at the Canadian Museum of Nature in Ottawa. The exhibition featured Pamela and seven of her students, along with artists from across the country; moreover, she was asked to deliver the keynote address at the opening of the exhibition and co-presented its closing lecture.

Now retired and living in Prince Edward County, Pamela likes nothing more than to take to the water in her kayak and watch birds. She still teaches—this time, classes in bird identification—and creates presentations for local natural history clubs, particularly on bird migration.

While Pamela has achieved her success as an artist and entrepreneur by acting against her principal’s advice, she remains very fond of her old School and, in particular, its people.

“I will always be grateful for the positive atmosphere of St. Clement’s,” she reflects. ” It helped me at that difficult time.”