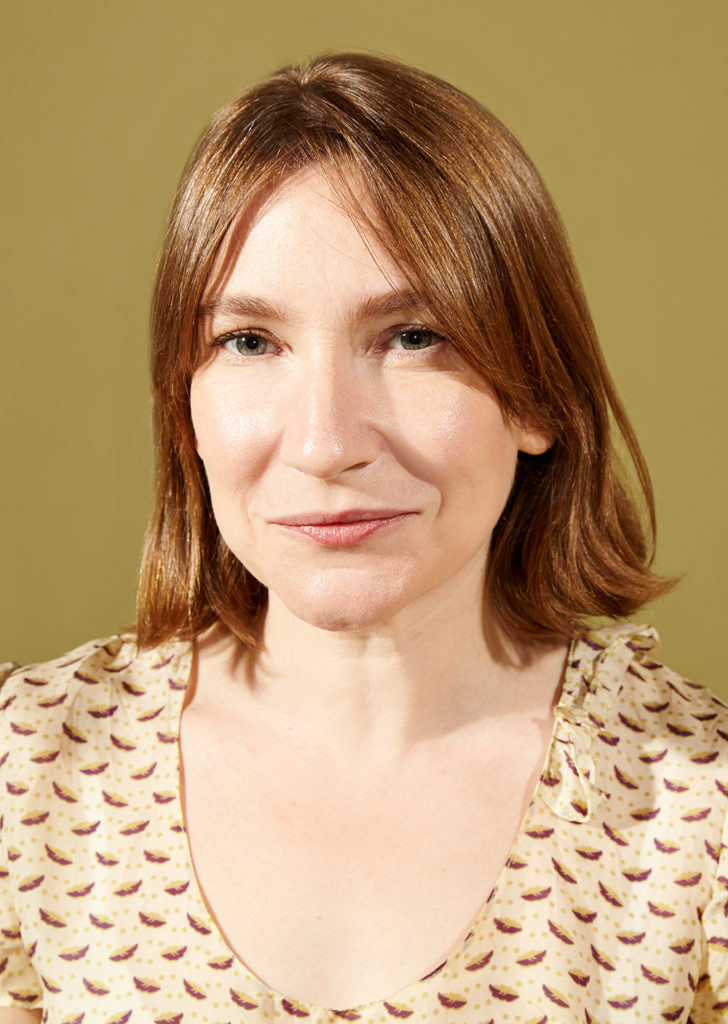 The following is an interview published in our Red Blazer magazine in Fall 2018.

TIME magazine described her novel How Should a Person Be? as “one of the most talked-about books of the year” while The Guardian newspaper hailed her as a “literary sensation.” Yet not so long ago New York Times bestselling author Sheila Heti ’95 was walking the halls of St. Clement’s School.

“When I was at St. Clement’s, I had a wonderful English teacher named Mrs. Clark,” Sheila recalls. “I would hand in writing assignments to her and – I think this was Grade Five – she once expressed disappointment in me, saying that she knew I could do a better job.”

Mrs. Clark’s reaction was a major revelation for Sheila; it demonstrated to her that writing well was important to other people.

“Someone thought I could do better, and that I should,” she explains. “I remember feeling transported quite far away from myself, into a wonderful place, whenever I wrote, even at that age, but I didn’t know that meant that I should, or would, grow up to be a writer.”

Sheila studied Art History and Philosophy at the University of Toronto and playwriting at the National Theatre School of Canada in Montreal, where she was reunited with fellow St. Clement’s alumna Claudia Dey ’91.

Sheila’s first book – The Middle Stories – was published in 2001, when she was 24, and has since been translated into German, French, Spanish, and Dutch while her writing has appeared in The New Yorker, Harper’s, and The London Review of Books.

St. Clement’s was Sheila’s home from Grade 4 until the end of Grade 9.

“Our class was very creative and artistic,” she recalls. “Many of the friends I made in school continued in creative fields.” Although Sheila may not have always known that she wanted to be a writer, she always knew that a creative path lay ahead.

“I remember wanting to be an actress,” she says. “And to put on plays with my friends, and to have fun, and to make things – and that is the way I still am.”

In Grade 10, Sheila headed to a public high school.

“I often think that going to an all-girl’s school insulated me from a lot of the self-consciousness that can develop when girls are educated with boys,” she reflects.  “When I left SCS and went to a “normal” high school – a public school with boys and girls – I felt very alienated from the girls for the first year or two; most of them seemed preoccupied with how they looked to an extent that I had not encountered at SCS – it struck me as strange and awful and I was very disappointed and became very angry about the fact that these classmates of mine had been so perverted by society, that they thought that the most important thing was how they looked. I wouldn’t have been so struck by this if I hasn’t come from SCS, where the girls were not like that.”

Sheila has lectured at Columbia University, Brown University, MoMA, The New Yorker Festival, and elsewhere and whenever anyone – and especially young people – asks her what they should do to become a writer, her answer remains the same.

“Write as much as you can,” she advises. “And show it to people who are sympathetic to you and your writing. Write as a gift to other people, as well as a way of disappearing from other people. If your parents say you can’t make a living as a writer (which is what mine told me) don’t believe them. Many people live as writers – journalists, novelists – even if your parents don’t know any of them personally. Enjoy even the bad things about your life, because as a writer, you can always write about them, and make them worth having happened.”

Sheila Heti’s most recent work, Motherhood, was published by Knopf Canada in May 2018.