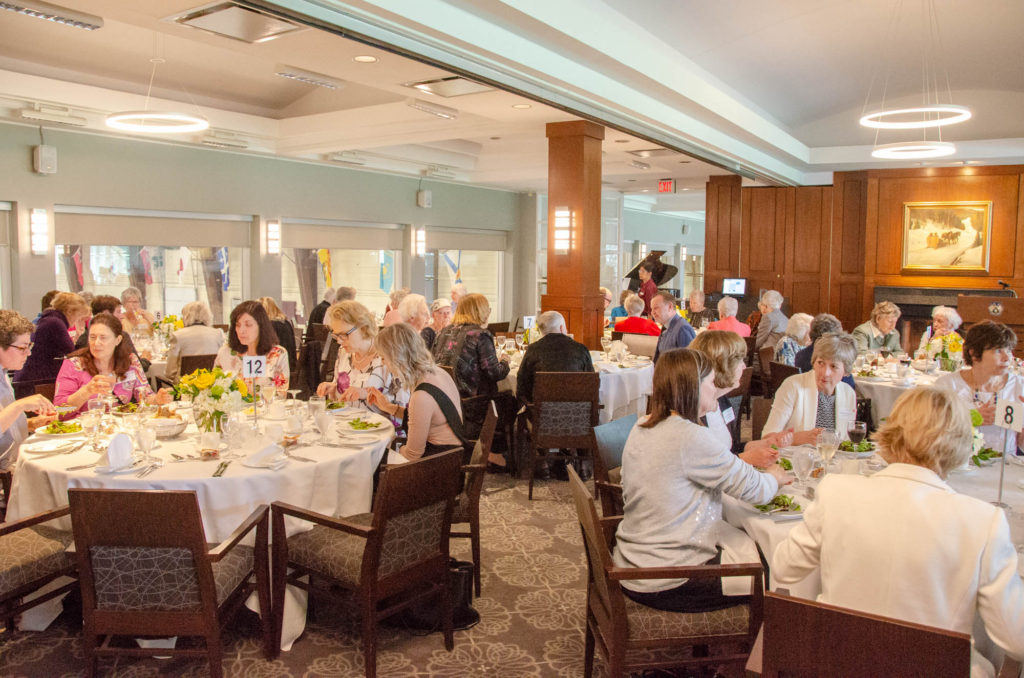 It was Alumnae Reunion Weekend at St. Clement’s School and the building was bursting at the seams with reminiscences shared and friendships renewed.

When a school is 118 years old, there are more than enough memories to go around. With alumnae from as far back as the Class of 1949 and as far away as Germany, there was no shortage of stories and tales throughout the weekend.

On Friday morning, current Clementines led alumnae on tours of the building. Some remember the School from its earlier days as a house on a tree-shaded street in a quiet north Toronto neighborhood, while others have more recent recollections of 21 St. Clements. However, whether a 20th or 21st century graduate, all enjoyed reviewing Class composites and engaging in a spot or two of “Do you remember…”

At Assembly, alumnae and current students alike listened to Julia Gray ’94 share some of her post-St. Clement’s professional experiences, before almost 200 alumnae returned that evening for a fun and lively Cocktail Reception.

Saturday saw more than a hundred Alumnae come together at the Toronto Cricket Skating & Curling Club for the Spring Lunch. The weekend paid tribute to the milestone reunions whose class years ended in “4” and “9”. The Class of 1959 marked their 60th anniversary with no less than 19 alumnae on hand, while 1979 and 1994 were particularly well represented for their 40th and 25th celebrations respectively.

The weekend came to an end on Sunday morning with alumnae attending the 11 a.m. service at St. Clement’s Church.

For the almost 250 alumnae from across Canada, the U.S., and beyond who were present over the course of the weekend, the opportunity to see old friends, catch up on news, and once more stroll the SCS halls was too hard to resist, and many left already looking forward to next year’s event.