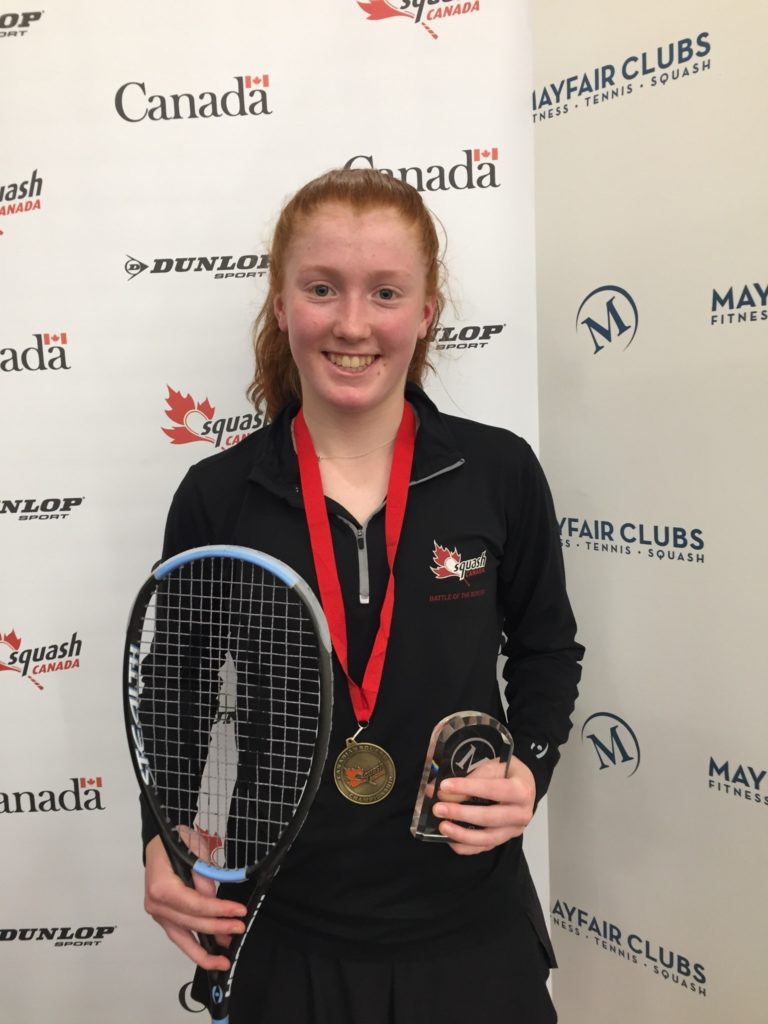 According to Squash Canada (www.squash.ca), squash is one of the fastest-growing sports in the world, played in 188 countries and territories. If you ever need to find a squash court for a quick game, it won’t be too difficult – the World Squash Federation counted nearly 50,000 courts around the world in 2009. Canada ranked seventh internationally for number of courts, with the majority of ours found in Ontario, British Columbia, and Alberta.

Molly C. ’21 is one of the athletes making good use of those facilities. She started playing when she was 8 years old, trying tennis and badminton first but sticking with squash after it proved to be her favourite racquet sport. She started competing when she was 11, and was hooked. Molly now trains six days a week at the Granite Club. Her training is a combination of on-court drills and matches, and a fitness program. While she normally competes in individual events, this past summer Molly competed for the first time as a member of the Canadian Women’s Team at the 2019 World Junior Squash Championships in Kuala Lumpur, Malaysia.

“Competing for Canada at the World Juniors was an incredible experience,” Molly recalls. “It was so motivating to meet other athletes from all over the world.”

She continues, “I had never been to Malaysia before, and it was so cool to see how much the Malaysian people love squash. The King came out to watch the games!”

Molly’s training hasn’t slowed down now that she’s back at SCS for her Grade 11 year. Her next goal is to compete as an individual at the 2020 World Juniors in Australia! 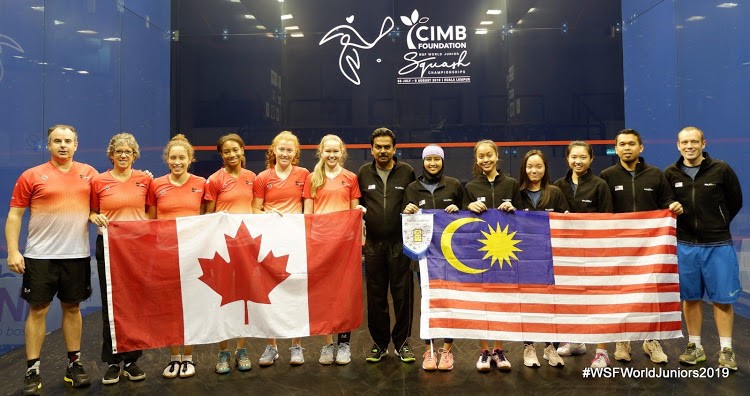 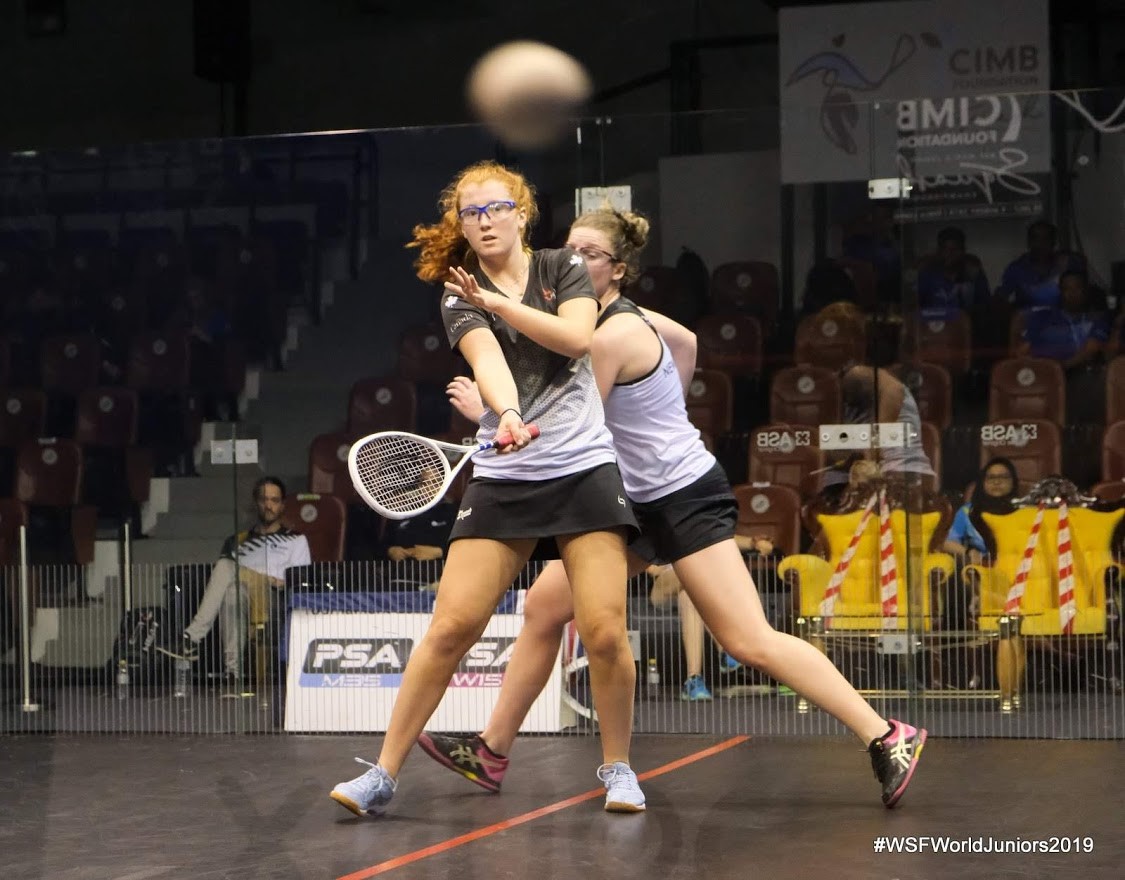