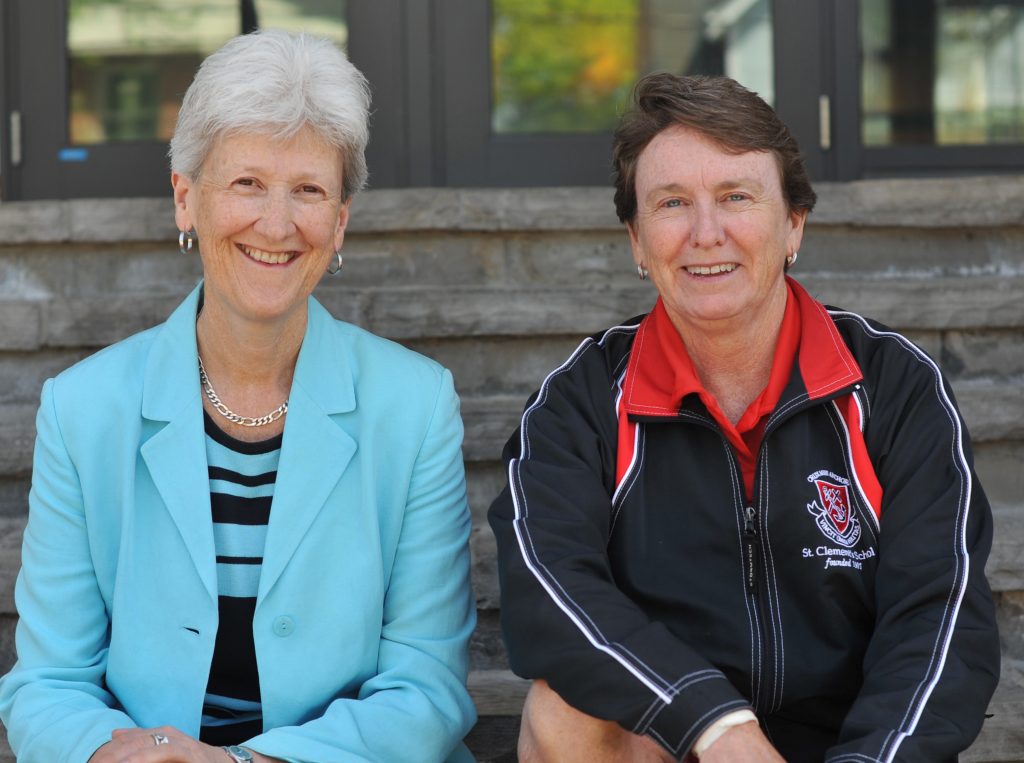 Janet MacKinnon taught at St. Clement’s School for 35 rewarding years. To Janet, these years seemed to pass in the blink of an eye. “Seeing my students learn, evolve, and develop into impressive young adults was nothing but a delight and joy,” recalls Janet.

A native Torontonian, Janet first considered a teaching career when she was in high school however, after graduating from The University of Western Ontario in 1976 with a degree in economics, she decided to work in banking for a year. She quickly discovered that banking was not the career path for her. She reconsidered her previous interest in teaching, attended teachers’ college, and landed her first job at St. Clement’s School in 1978. She never looked back!

Janet began teaching mathematics to Junior School students, which included Grades 5 through 8 at the time. As computer technology became more prevalent, she encouraged the School to introduce a computer science program and taught the inaugural course to students in Grade 12. Later, she qualified as a guidance counsellor and, when St. Clement’s named the first Head of Middle School for Grades 7 to 9, Janet was honoured to take on that role. She also provided leadership for the development of the School’s LINCWell program, a holistic approach to enrichment, wellness, and support for all SCS students, and eventually oversaw the integration of the School’s guidance area with the program.

Janet retired from a rich and fulfilling career at SCS in 2013, but she hasn’t slowed down! Sports remain a passion: she plays tennis, platform tennis, and golf. She reads extensively, enjoys cryptic crosswords, photography, travel, and is an avid bridge player. Always interested in learning, Janet has taken many courses, including one to become a tea sommelier! Alongside this, her keen interest in St. Clement’s School continues and was a key factor in her decision to support the future of the School with a gift to SCS in her estate plans.

For Janet, leaving a gift in her will for St. Clement’s was a “no-brainer.” A legacy gift would help excellence in education for girls to continue and would provide her estate with significant tax savings. Her future gift has been designated for student financial aid because she wants as many girls as possible to enjoy the “St. Clement’s experience.” Janet is clear: “The School is an outstanding place of learning where every girl is respected and encouraged to pursue her own goals. I want that to continue.”

Would she encourage others to remember the School with a planned gift? “Yes! A legacy gift is ‘paying forward’ to help future students,” says Janet. “When you leave a gift to SCS, you are supporting a truly remarkable place.”

Thank you, Janet, for your passion for St. Clement’s School. Your commitment has made a significant, lasting difference in the lives of countless girls, now and in the future!

You too can help future generations of women by leaving a legacy gift to St. Clement’s School. Gifts may be of any amount, and you may direct how your gift should be used. Lisa Watson, Executive Director of Advancement would be pleased to help you turn your philanthropic wishes into reality, please contact her at lisa.watson@scs.on.ca or 416 483 4414 x 2288.