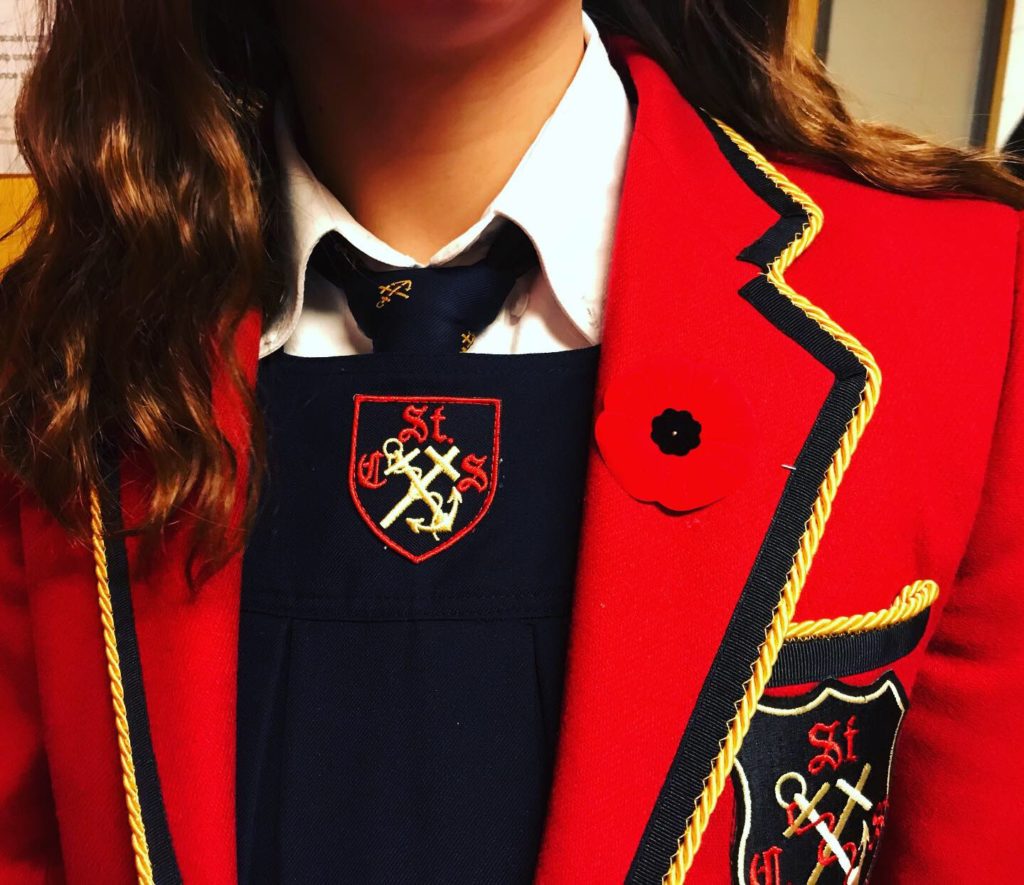 In respectful silence, the School assembled in the East Gym where the Senior and Chamber Choirs were singing. After I Vow to Thee, My Country, special guests Kitty and Ralph Wintrob came forward. Mrs. Wintrob, author of I’m Not Going Back, described her Second World War childhood in the East End of London, England when she and her classmates were evacuated from the city into the countryside, away from the dangers of nightly air raids. Mrs. Wintrob spoke of the difficulty of adjusting to rural life away from her family, of her fears for her loved ones back in London, and the challenges of living with complete strangers. She also related her experiences of The Blitz after returning to London and the celebrations that marked the end of the war in Europe.

After a recitation of Canadian Physician Lt-Col John McCrae’s In Flanders Fields, the Last Post was played by a lone trumpeter, a minute’s silence was observed, and Reveilie was sounded before everyone sang Oh Canada and respectfully filed out of the gym.

Afterwards, students placed their poppies on the front steps of the School in a moving tribute to all those who sacrificed their lives for the freedoms that we cherish today.