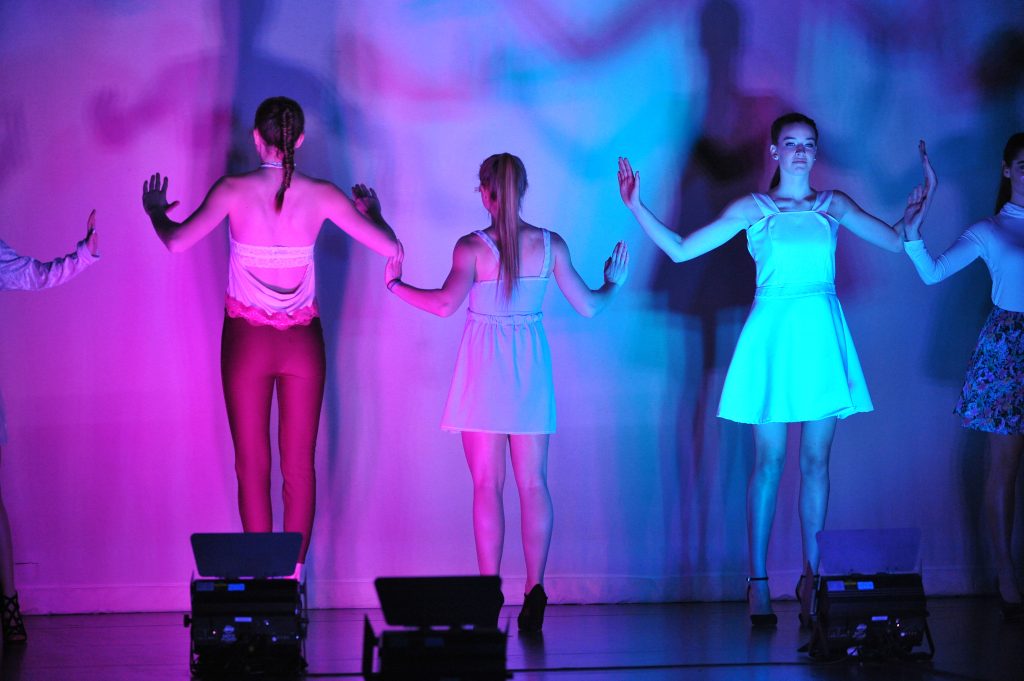 From Gossip Girl – fashion inspired by New York’s Upper East Side – to architectural muses – pieces inspired by the Colosseum and the Golden Gate Bridge – design reached new heights in Powell Hall this past weekend. Thank you to everyone who came out to support SCS’ annual student fashion design production Lumina. This was the first time that a third show has been added and the house was full each time. While the show itself has wrapped for another year, you can still check out the designs and place a bid in the online auction.

“I can’t believe that this is the last Lumina I’ll be involved in,” said Nicole Ng ’16, Co-producer. “It has become such an important part of my life at St. Clement’s, especially this year. Two highlights for me were the comedic relief in the menswear scene and when everyone received recognition at the end of the show.”
The theme, Elevate Design, shone through thanks to the hard work everyone put into the show, from the production value, to the choreography to the designs themselves. What a success!

“Proceeds from ticket sales and the auction will go toward the Syrian Refugee Fund,” said Caroline Monahan ’16, Co-producer. “St. Clement’s is a very giving community and we hope they will continue to show their generosity through participation in the online auction.”

The auction closes on January 30. Check out some of the highlights from Lumina in the above photo gallery!