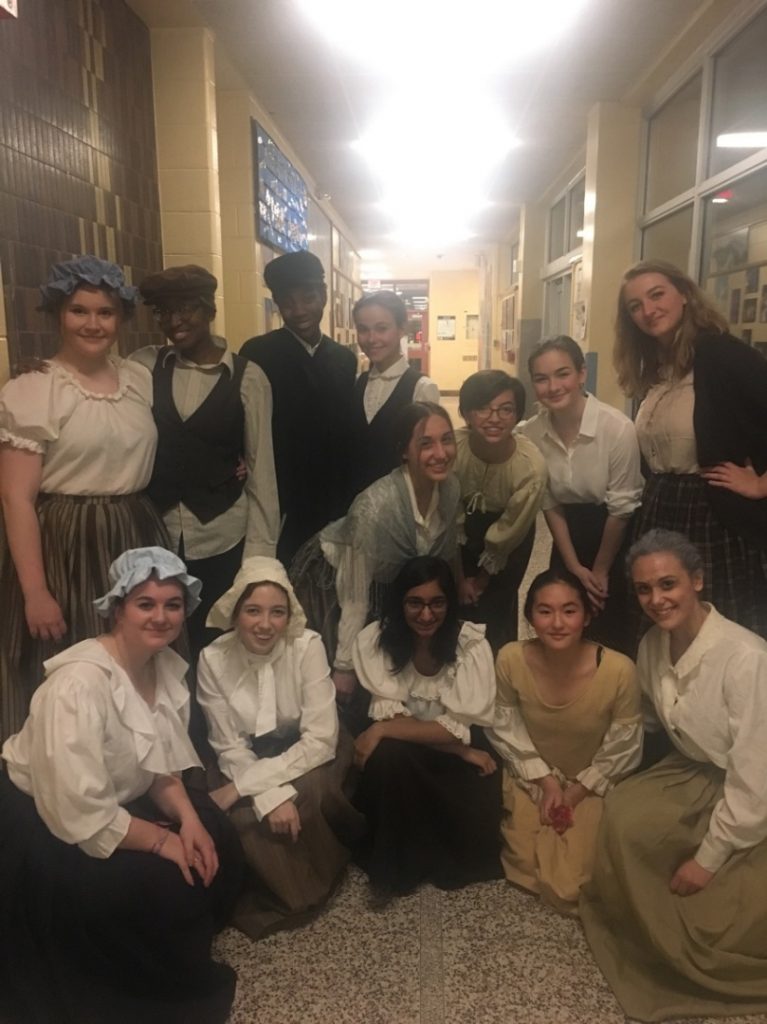 On April 12, sixteen St. Clement’s students really got dramatic. The girls in the Senior ADA4M drama class, with crew members from the ADA3M class, competed at the Regional level of the National Theatre School of Canada Drama Festival. Formerly the Sears Ontario Drama Festival, the competition provides a showcase for drama students to demonstrate their unique work. With the goal of fostering a love of theatre, the festival brings together a large community to view, discuss, and enjoy each other’s creative efforts, under the guidance of experienced adjudicators.

Our girls performed an original piece entitled Wildfire, which had already won Outstanding Production at the District level in March. As a result, SCS was selected as one of three out of thirteen schools to perform at the Regionals last week, at Hart House Theatre at the University of Toronto. Their performance was wonderful, netting Wildfire two awards: An Award of Merit for Directing, and an Award of Merit for Ensemble Acting!