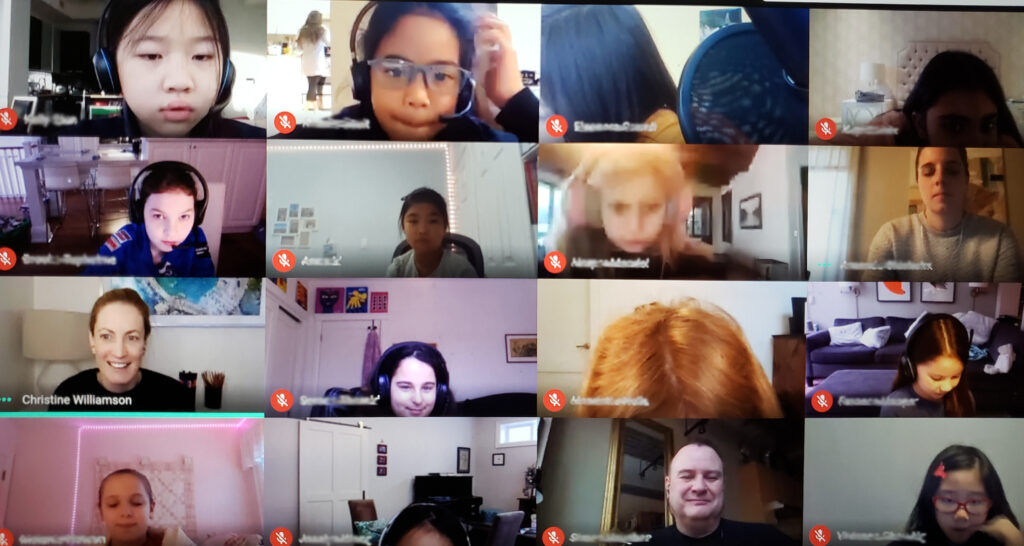 Amongst the many things for which St. Clement’s School is renowned are the strength of its community and the outstanding women it produces. To kick off this week and for the foreseeable future, two of those sections of SCS interconnect as Alumnae join Ms Chisholm’s Grade 4 class virtually to share details of their life paths and careers.

On January 11, the guest was Christy (Cronin) Williamson ’00, from her home in Dallas, Texas.  Christy is a Building Science consultant and provides technical design consulting services to architects, developers, and contractors. She assists with design development and reviews details and specifications to improve durability, comfort, and energy efficiency in buildings.

Christy began at St. Clement’s in Grade 9 but shared that no sooner had she discovered what life as a Clementine was all about than she had wished that she had been at the School since Grade 1.

“My favourite subjects were history, mathematics, and art,” she explained. “I really enjoyed art, but I didn’t think it was something to do as a living.” She then discovered that there were actually many careers that involved drawing, one of which was architecture.

After SCS, Christy earned a Bachelor of Arts at Princeton University. She went on to gain a Master of Architecture from New School of Architecture + Design and has worked on projects across North America from the Arctic to the Caribbean. Her work has included Belvedere Castle in New York City’s Central Park, the air-traffic control tower at Los Angeles International Airport, and the Wheeler Opera House in Aspen, Colorado.

With pots of coloured markers and sharpened pencils sat behind her during the video call and a Mac in one hand, Christy explained the importance of being able to draw both manually and digitally and how those dual abilities had helped her career to reach the point it has today.

Some years ago, Christy began taking photographs of buildings and construction sites and posting them onto her Instagram page along with labels and descriptions. Her explanations proved so popular with architecture students and architects alike that she now has more than 65,000 followers. In addition to working on construction projects, Christy now also teaches architecture via a series of mini-lessons she posts online, and through her more in-depth Building Science Fight Club, all intended to help students and those just beginning in the field to advance.

“We all learn this stuff (architecture, building science, and construction) through apprenticeship,” she explains on her website. “In teaching, my goal is not to intimidate but to demystify and explain, and I don’t mind starting with my own resume. I learned exactly the way everyone else does: one thing at a time.”

Christy also explained to the Grade 4s that if they are drawing pictures (like a picture of their own house) then they are also architects! The drawing component needs a communication piece to make sense in architecture, however. To put this in perspective for the girls, Christy used the example of baking cookies. In the same way that a recipe calls for ingredients to be added in a specific way, and for each step – like turning on the oven – to be completed for the cookies to bake, the same is true for building a house or other structure. There is a particular order to the process for a sound structure to result.

For Franny H. ’29, Christy’s words were particularly exciting as that is the career she already aspires to. During Christy’s video call, Franny offered a section drawing of a building that she had recently made. “That’s so good,” Christy enthused. “When I was your age, I didn’t know that I wanted to be a building scientist, so you are well ahead of where I was.”

The video call was of great interest to everyone in Ms Chisholm’s class and there is no doubt that all are looking forward to next week’s Alumnae virtual visit.