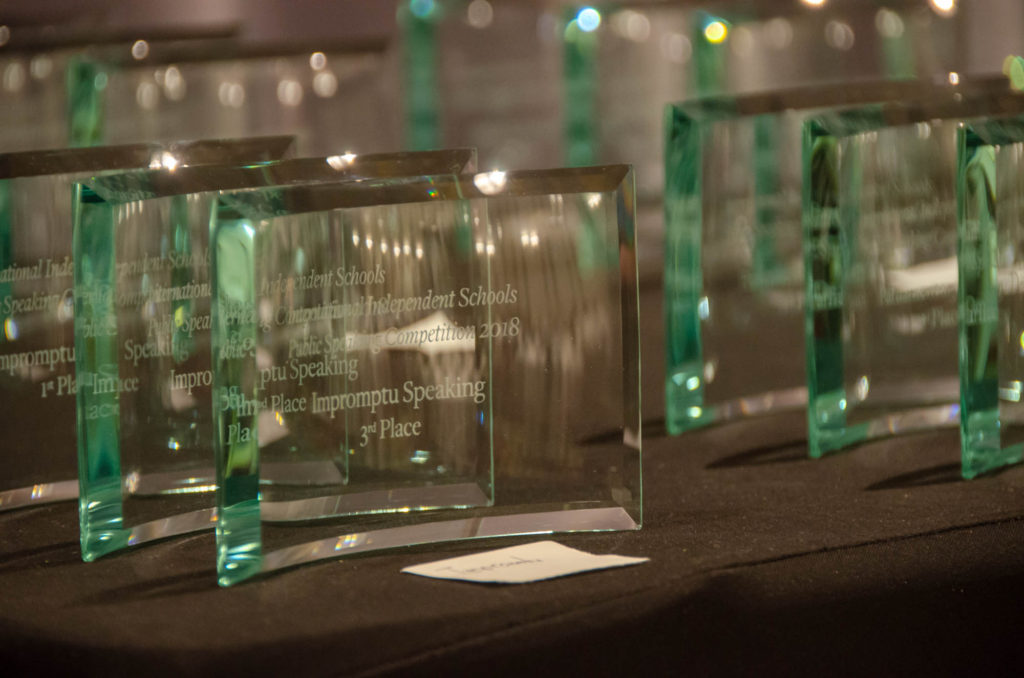 From across Canada and the U.S. and as far away as Bermuda, South Korea, the United Kingdom, South Africa, and India, competitors, judges, teachers, and parents came to participate in the annual event which advocates public speaking excellence.

Opened in Powell Hall by Principal Martha Perry and some talented St. Clement’s musicians, SCS’s international visitors were welcomed by messages from His Worship, John Tory, Mayor of Toronto, and The Honourable Marco Mendicino, Member of Parliament for Eglinton-Lawrence.

Over the course of three days, more than 160 students and their coaches competed in categories that included impromptu speaking, extemporaneous speaking, parliamentary debate, newscast, after-dinner speaking, and more. Whether humorous or serious, passionate, persuasive or entertaining, the students never shied away from controversy or avoided difficult issues. Their eloquence and knowledge was impressive and they invariably left those fortunate enough to watch them confident that the future is in more than capable hands.