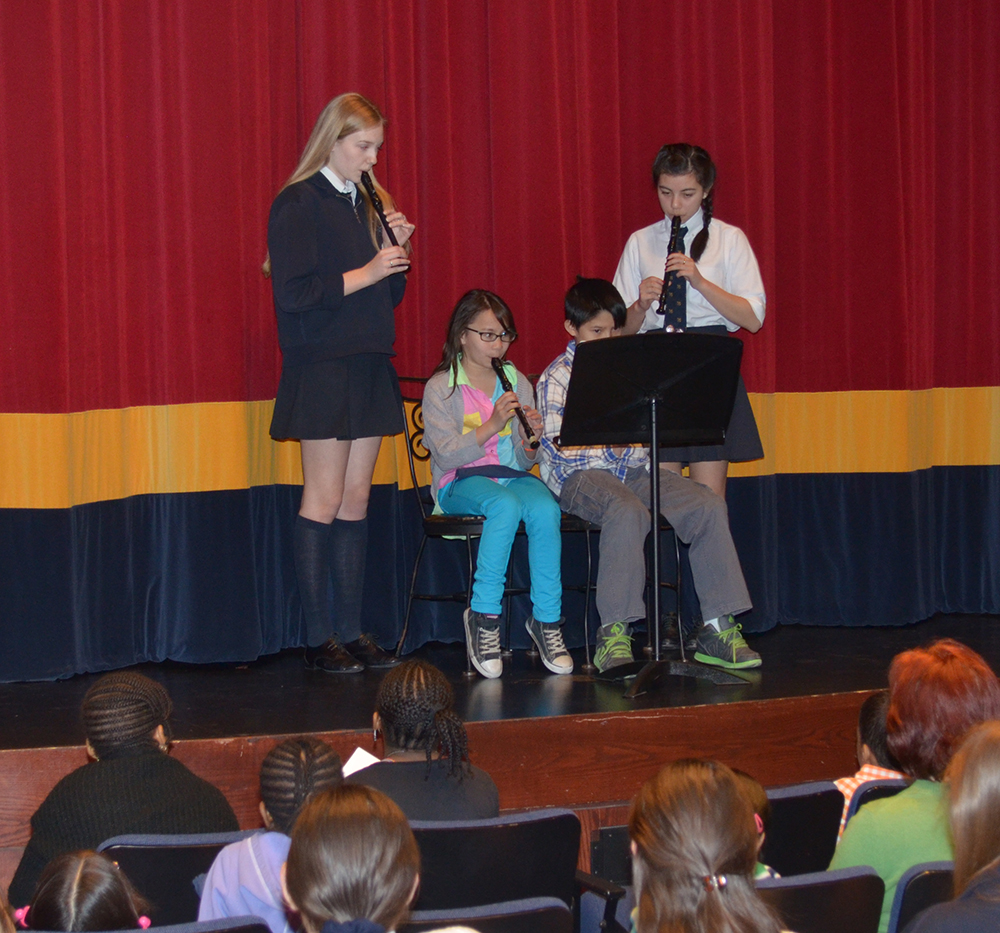 This year, the Young Round Square (YRS) and Horizons Programs orchestrated a joint initiative for students at Stanley Public School in Toronto.

The two programs involved in this collaboration already shared some similar notes: YRS prepares Grade 7 and 8 students for life outside of the classroom through service, adventure and international understanding; Horizons builds peer coaching partnerships with local schools, allowing students to learn and grow from others outside SCS. Each week, Horizons participants team up with students from Stanley Public School to act as mentors and tutors. Both YRS and Horizons play a significant role in fostering leadership within the community.

At the 2013 YRS Conference in California, three SCS students were presented with a challenge: create a form of service they could take back to the school. Reflecting on the creative expression that music inspired in each of them, the girls wanted to kindle that feeling in others. They came up with the idea to conduct a musical instrument and sheet music drive for students who may not be able to afford private music lessons.

Since SCS already had a relationship with Stanley Public School, the YRS students decided to partner with Horizons. Their initial concept evolved from there. The Horizons students sought out tutors who were able to teach basic music to the Grade 3 and 4 students at Stanley Public School. Over a five month period, they gave weekly recorder lessons to 22 tutees.

The YRS and Horizons partnership culminated with a concert on May 1, 2014 in Powell Hall. The performance featured solos, duets, and quartets, and even a solo composition by one of the Grade 3 tutees.

Congratulations to all on a soaring musical success!