HomeNews & Media#SCSSpotlight – From the Halls of Hogwarts to the Fields of Florence: SCS Alumna takes on the world in the 2018 Quidditch World Cup
POSTED:Jun 12, 2018 CATEGORY:Red Blazer, Inside Our Walls 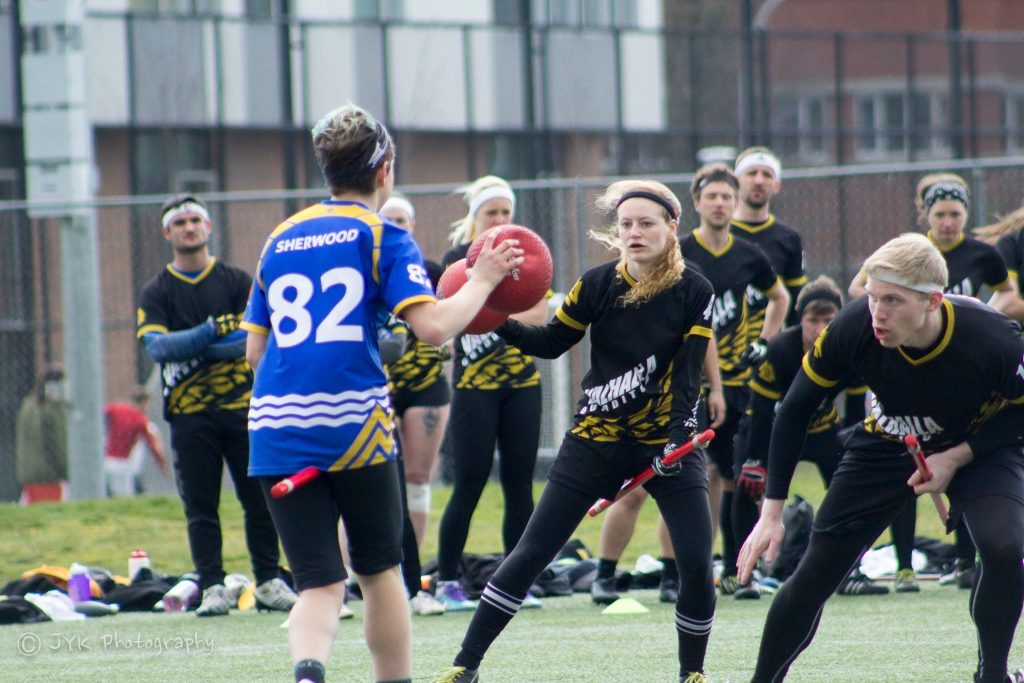 Later this month, Nina Patti ‘10 will proudly pull on a Team Canada jersey emblazoned with her name and the number 2 and represent her country in the IQA 2018 Quidditch World Cup in Florence, Italy.

The tournament will feature 31 national teams and more than 500 players from such far-flung corners of the quidditch empire as Vietnam, Iceland, and Chile. Brooming up on June 27, the largest international tournament to date will take place close to the centre of the historic Tuscan city in the shadow of the Stadio Artemi Franchi, the home of Florence’s legendary professional soccer team, ACF Fiorentina.

For Nina, the journey to the world championships began at St. Clement’s School some years ago.

“I credit St. Clement’s with giving me a love of competition, community, and not taking myself too seriously – all of which fuels my passion for this crazy sport,” she explains. “As athletes playing a mixed-gender sport, the women of quidditch embody what it means to be confident in our own strength, to have each other’s backs, and be unafraid to get a little muddy! To me, that sounds a lot like SCS spirit.”

Quidditch emerged from the pages of J K Rowling into muggle reality in 2005 and is today played by more than 10,000 players in over 35 countries worldwide and is overseen by the International Quidditch Association. In 2008, the game arrived at McGill University with the establishment of the McGill Quidditch Club, the oldest competitive quidditch club in Canada (and McGill’s only co-ed sports team). 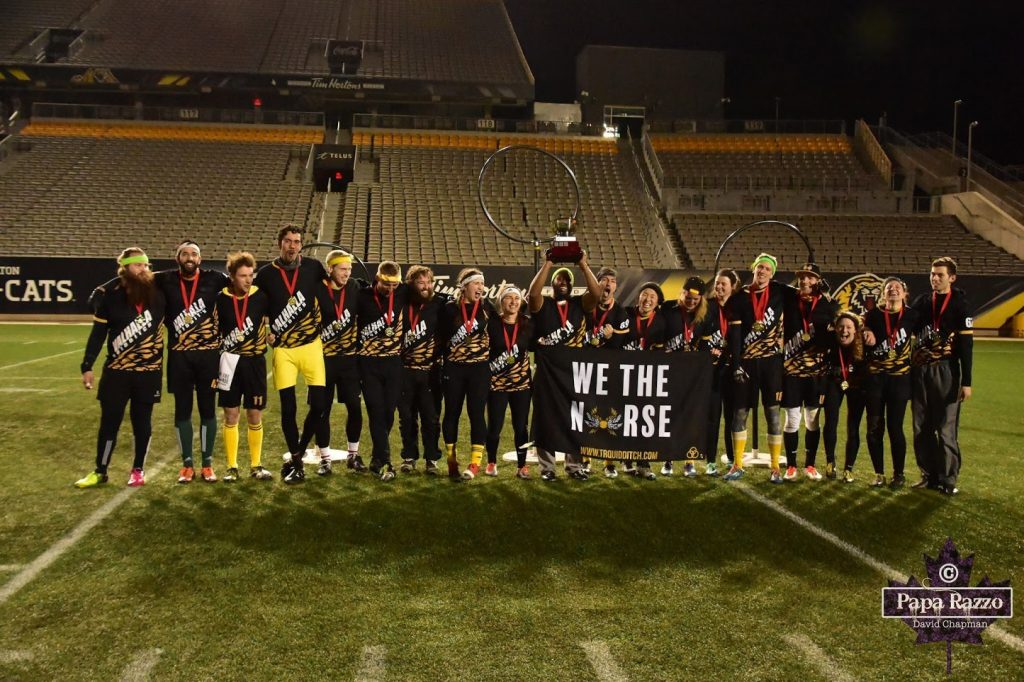 Nina’s introduction to the full-contact sport came during her first year at McGill and she has now been playing for seven years. Even graduating from university didn’t slow down her quidditch career, however, as she now plays beater for the Toronto-based community team Valhalla Quidditch.

“As a beater, I throw dodgeballs at people to ‘knock’ them out,” she explains. “I am so proud of Valhalla’s achievements as a team this year,” she adds. “We played a nearly perfect season (32-1), and took home both the Regional and National Titles.”

Being selected to play for Team Canada is certainly the quidditch highlight for Nina and as she heads to Italy at the end of the month, she will be employing her SCS foundations in the hope of de-throning the reigning world champion Australian Dropbears.

Check back soon for another edition of #SCSSpotlight, where we profile a different student, group, activity, or interesting event!