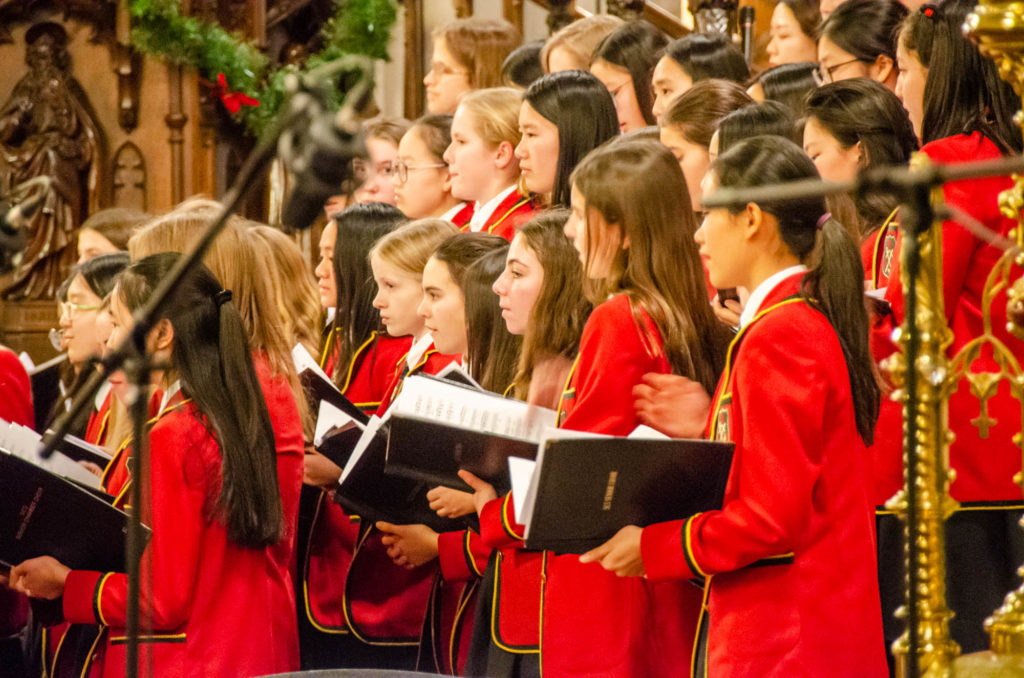 Despite the cold temperatures, the SCS community gathered together to fill the entire church. With lights dimmed, the service began with the Chamber Choir singing from the organ loft and a solo by Charmaine H. ’20, before the entire choir processed behind Crucifer Gabriella L. ’21.

St. Clement’s students, parents and family members, alumnae, staff, past parents, and past staff were greeted by The Reverend Pamela Rayment, Associate Priest for Parents and Families at St. Clement’s Church. SCS grads gave the readings and the Gospel recitation; The Reverend Andrew Federle provided the reflection; and Principal Martha Perry ’85 the Christmas Message, while in between St. Clement’s choirs, bands, and instrumentalists provided favourite Carols and impeccable seasonal music.

Afterwards, SCS families gathered in St. Paul’s Great Hall for a reception, while an Alumnae Christmas Party followed nearby.

Throughout the afternoon and evening, the bonds that tie St. Clement’s School were never stronger. As the twinkling lights that decorated the trees along Bloor Street came on, so the spirit of the School and its community was never brighter.