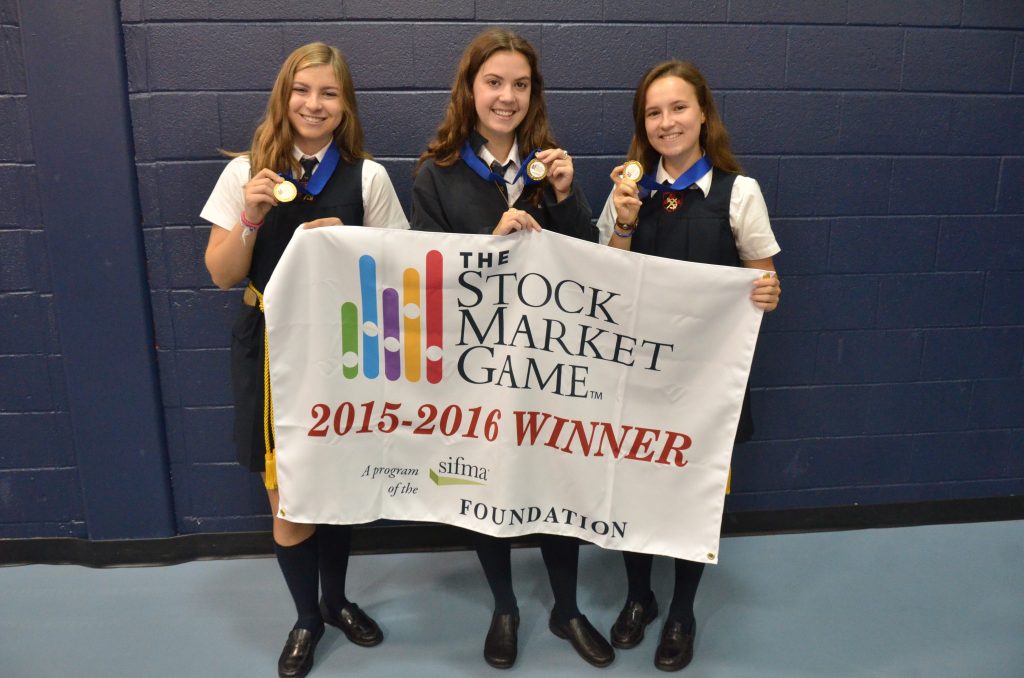 SCS’s broad and diverse academic program offers an enriched experience within a nurturing, small school environment. At the Senior School level we focus on enrichment and, depending on the curriculum, this manifests in different ways.

Last spring, in Mark Bunten’s Introduction to Financial Accounting course, the girls formed teams of three to participate in the Securities Industry and Financial Markets Association’s international Stock Market Game, an online simulation of the global capital markets. The Clementine teams competed with $10,000 of imaginary funds against 653 teams from more than 15 countries. The game was an opportunity for our girls deepen their intellectual curiosity in the world of economics, investing, and personal finance.

Recently, it was announced that one of our teams, self-titled Team Number Won, made up of Grace, Maddi, and Sydney (all ’17), came in second place, globally – a huge accomplishment!

“Every day, we could see our standings in the School and overall, but we didn’t really think much of the bigger picture when we first started,” says Grace. “We were placed in the sixties…even the hundreds at one point,” adds Maddi.

At today’s assembly, they received their medals and a flag to be hung in our School.

When speaking of what they learned through the game, they not only mentioned the value of a diversified portfolio, and doing research on the stock market and stock trends, they also spoke of a greater understanding of risk and reward.

The girls were pleasantly surprised by their results. “I’ve heard friends from other schools talking about having participated in the game, but they’ve never talked about any success like this,” says Maddi. “I’m proud because St. Clement’s has never done this well before, and now our name is out there.”

Congratulations to Team Number Won for an incredible second place finish in this international competition!