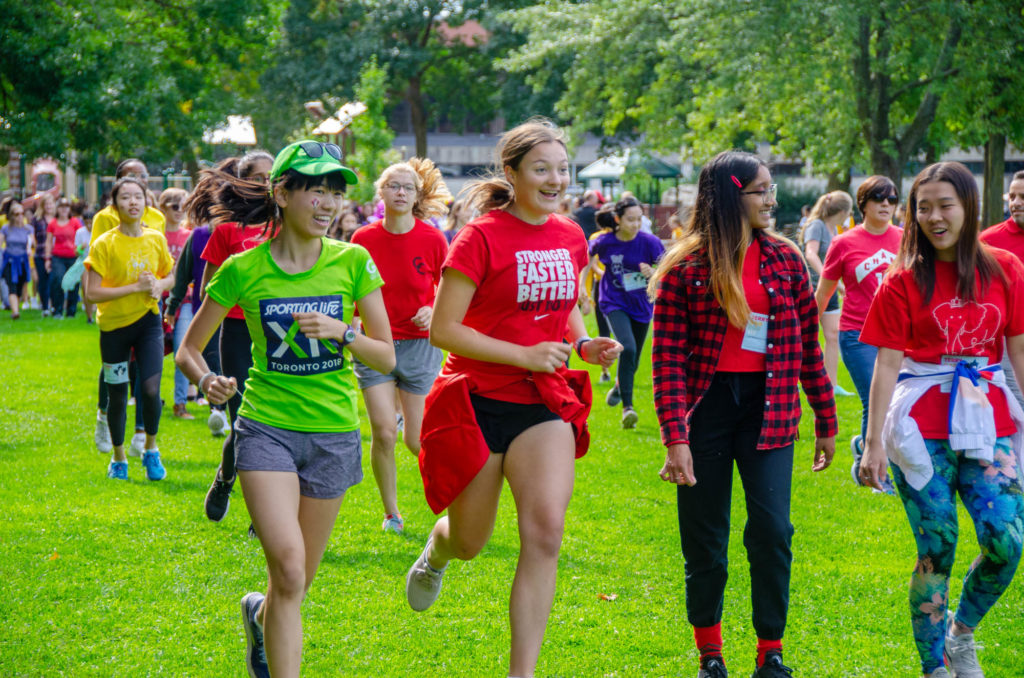 By January 2018, The Terry Fox Run had raised more than $750 million for cancer research since its inception in 1981. The annual event, now held in more than 60 countries around the world and involving millions of participants, is also an integral part of the SCS school year and on Wednesday, September 18, St. Clement’s held our own Terry Fox Run.

With Eglinton Park festooned in red, yellow, purple, and green and a spectacular array of boas, hats, and other accoutrements, and with cheers drifting as far as Eglinton Avenue, SCS’s four houses – Stuart, York, Windsor, and Tudor – rallied for a good cause. Despite the late summer heat, hundreds of kind and caring Clementines and School staff made laps of the field in honour of Terry Fox, raising funds for the Terry Fox Foundation through sponsorships, donations, and the sale of pizza slices.

Back at the School, the staff band set up shop in the Circular Drive and played a few great hits while the returned runners collected their pizza and rejuvenated in the sunshine.