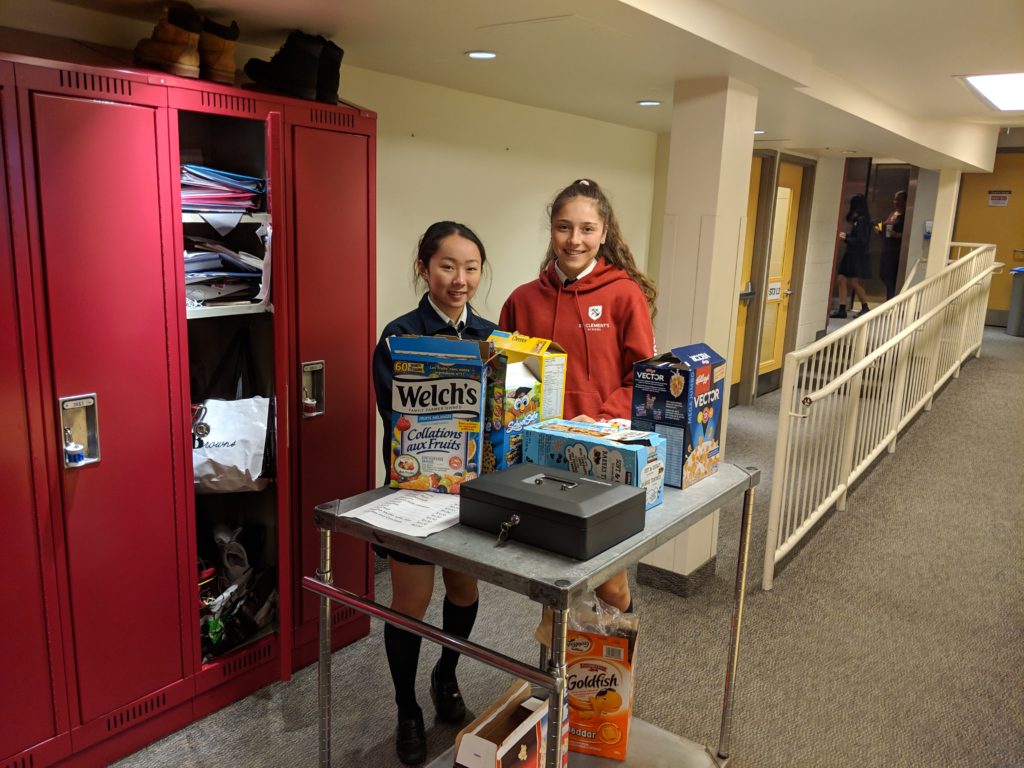 Not so long ago, the only mobile foods in Toronto were hot dog carts, but today summer afternoons are filled with the scent of food trucks offering everything from roti tacos and osso buco gnocchi poutine to cheeseburger pierogies and fawaffle (a stuffed waffle cone made of falafel, no less!).

Now, even St. Clement’s School has its own mobile food!

Every Monday and Thursday since October, The Café Cart makes its way around St. Clement’s.  The cart evolved from the SCS Breakfast Club which had offered tasty treasures in the third floor lunch room for more than a decade. With the advent of the new timetable, however, it was decided to take the Breakfast Club on the road.

Not literally, of course, just throughout the halls of SCS, bringing delicious delights to a wide audience of hungry Clementines from Grades 7-12.

The change was initiated by the Student Council Executive, spearheaded by Elise W., Charlotte R., Carys H., and Kira D. (all ’19).

“The proceeds from the cart are one of the main sources of income to fund Student Council initiatives,” explains Elise. “Last year that fund helped to pay for the waste management bins, and the year before that it was the charge-stations in LINCWell and the library.”

“Anything that’s healthy and nut free, basically,” Elise says with a smile. “We generally get about 40 or 50 girls a day.”

During community time, the girls try to cover as much of the second and third floors as possible, although they never rush the process as the Café Cart is all about quality edibles and not fast food!