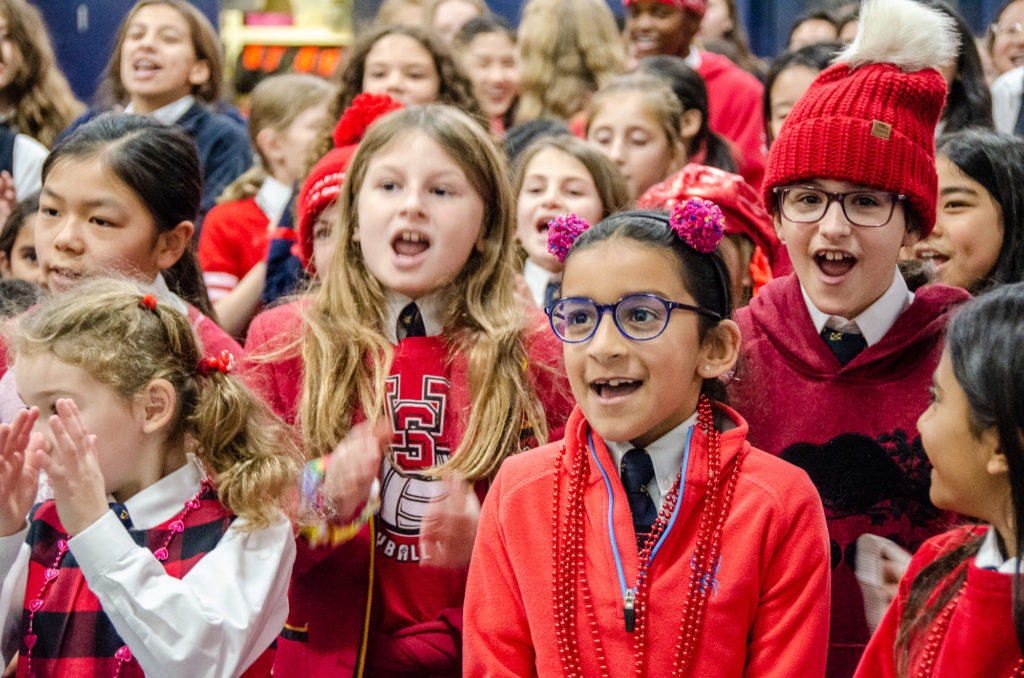 While the trees that line St. Clements Avenue may have faded from vivid reds into rustic browns as temperatures slide and winds bluster, within the School red was at the fore on November 5 as SCS marked Tudor House Day.

Tudor is one of St Clement’s School’s four Houses, the others being York, Windsor, and Stuart. Every student and member of staff is assigned to a House and each House has its own colour from bright yellow and regal purple to verdant green and Tudor’s merry red.

In addition to its colour, each House also has its own day, an occasion to rack up House Points with the hope of garnering the House Cup at the end of the school year. Points are awarded not just for each House’s enthusiasm, energy, excitement, and teamwork on these days, but also for everything from Volunteering, Leadership, and Ambassadorship, to the Athletic team, Musical Ensembles, and Robotics.

Tudor House Day saw the School awash in red with shirts, feather boas, scarves, lobster hats, hair ribbons, jackets, and other items of apparel less easily identifiable worn over regular SCS uniforms. At assembly in the East Gym, everyone gathered for competitions and an ear-splittingly enthusiastic cheer-off that left the basketball hoops quaking.

By the end of the day, House Points were calculated and added to growing totals and everyone looked ahead to the School’s next House Day.