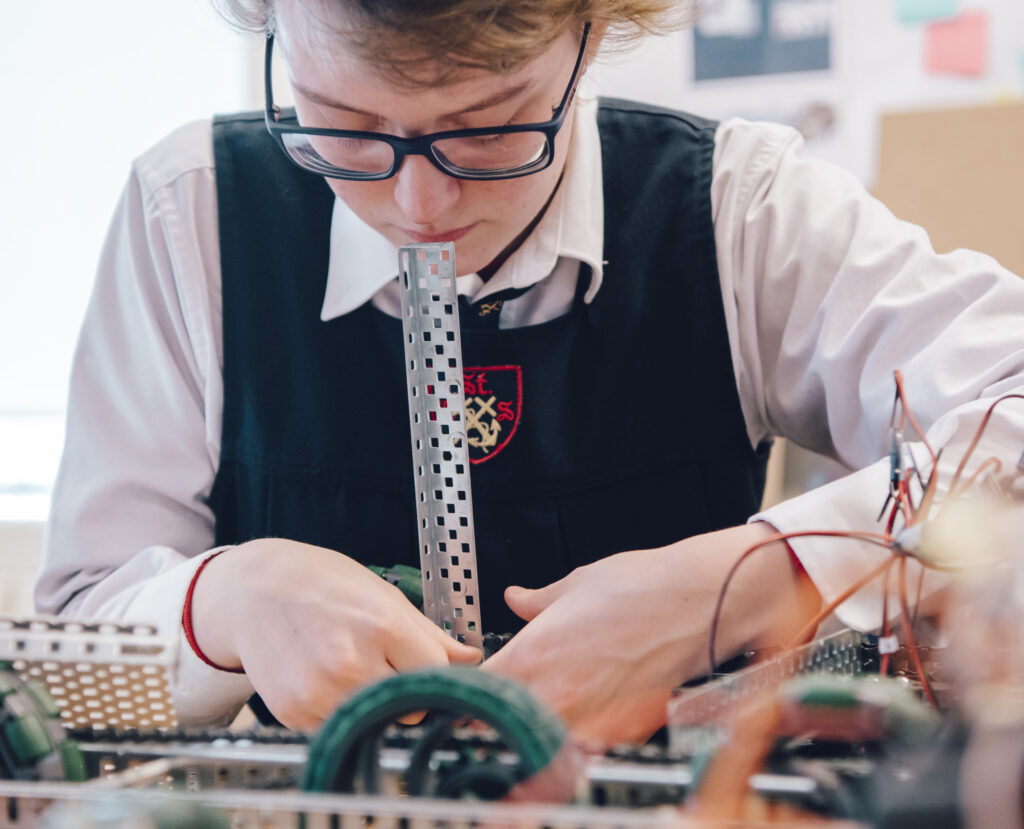 Each school year, St. Clement’s School’s student leaders select a charity to support through fundraising efforts and a general awareness campaign. At this week’s essembly, the Prefects announced that the charity adopted for the 2020-2021 school year is Visions of Science.

Visions of Science Network for Learning Inc (VoSNL) is a charitable organization that aims to “advance the educational achievements and positive development of youth from low-income and marginalized communities through meaningful engagement in science, technology, engineering, and mathematics (STEM) fields and research.”

Incorporated in 2004, Visions of Science had engaged more than 12,000 youths by 2019, worked in more than 25 communities across the GTA, and served more than 1,000 youth annually. Led by CEO Dr. Eugenia Duodu, VoSNL understands that STEM is key for “accessing the careers of the future and also to foster important critical thinking, problem-solving, and analytical skills.” As youth from low-income communities face additional challenges in pursuing such studies, VoSNL aims to bridge the “opportunity gap” by harnessing accessible STEM learning as a vehicle for change. Visions of Science works to ensure that its participants are knowledgeable, skilled, and confident as they progress from childhood, to adolescence, and into adulthood by creating environments that permit youth to be curious, confident, competent, and connected.

SCS is proud to be associated with Visions of Science and will be providing opportunities for students and staff to contribute financially to this great organization over the coming weeks and months.