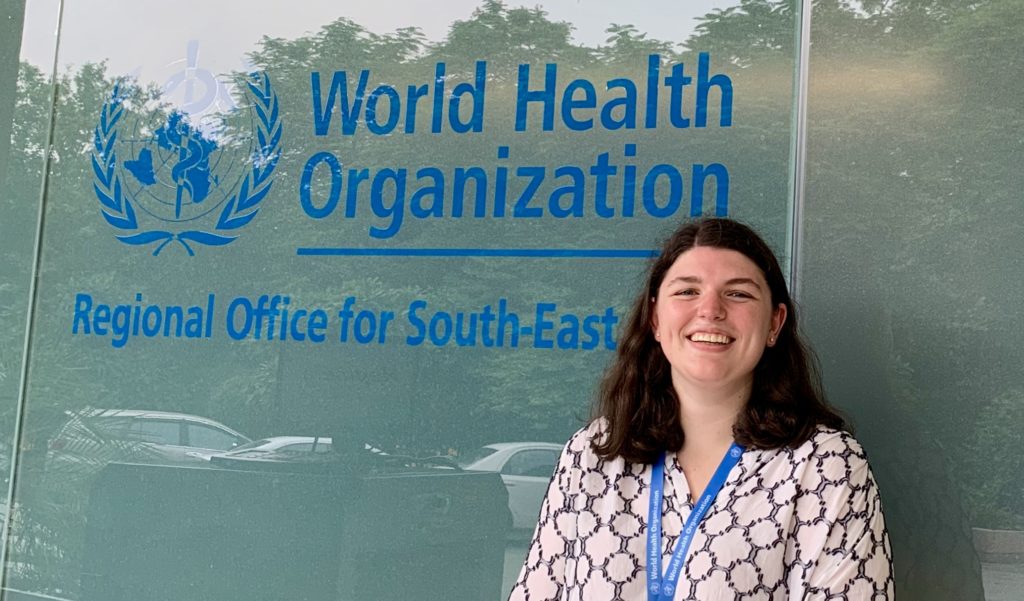 Sara Rotenberg ’15 has called Singapore and Washington, DC home since graduating from St. Clement’s School, and she’s recently learned her next destination: Oxford, England. Not only will she be starting at the University of Oxford next fall, she’ll be doing so as a Rhodes Scholar. Sara is one of only eleven Canadian students, eight of whom are women, to be named a 2020 Canadian Rhodes Scholar. She will join a class of 100 from over 60 countries worldwide to receive this illustrious scholarship.

The Rhodes Scholarship was created at the University of Oxford in 1903 and is the world’s preeminent and oldest graduate fellowship. Administered by the Rhodes Trust in Oxford, the programme awards fully-funded scholarships each year to students from anywhere in the world with proven academic excellence who also demonstrate exceptional character, leadership, achievement in extra-curricular activities, and a commitment to solving humanity’s challenges. Rhodes Scholars have included leaders in science, medicine, academia, business, and politics including former Canadian Prime Minister John Turner, current Deputy Prime Minister Chrystia Freeland, and current U.S. 2020 Democratic presidential candidate Pete Buttigieg.

Sara’s road to the Rhodes has been an interesting one. She opted to pursue a liberal arts education after SCS, and enrolled at Yale-NUS College, a joint venture between Yale University and the National University of Singapore established in 2013. She was excited at the prospect of pursuing a global education, and also at having the opportunity to help shape the culture as one of the college’s first founding classes. At the conclusion of her first year, Sara was awarded a summer scholarship to study the HIV crisis in eSwatini (formerly known as Swaziland.) That experience ignited a passion for global health and health policy, and she decided to return to North America to pursue it through the Global Health Program at Georgetown University’s School of Nursing and Health Studies.

At Georgetown, Sara has focused her studies on inclusive development policies—including everything from equitable access to vaccines to disability in international development. Through Georgetown’s India Initiative, she spent the summer in India where she examined the accessibility of the Mumbai Metro and developed a transportable, collapsible stool for people with mobility challenges. She extended her time in India to work on gender, equity, and human rights at the World Health Organization’s Regional Office for South-East Asia (SEARO) in New Delhi, as part of the Department of International Health’s research practicum. 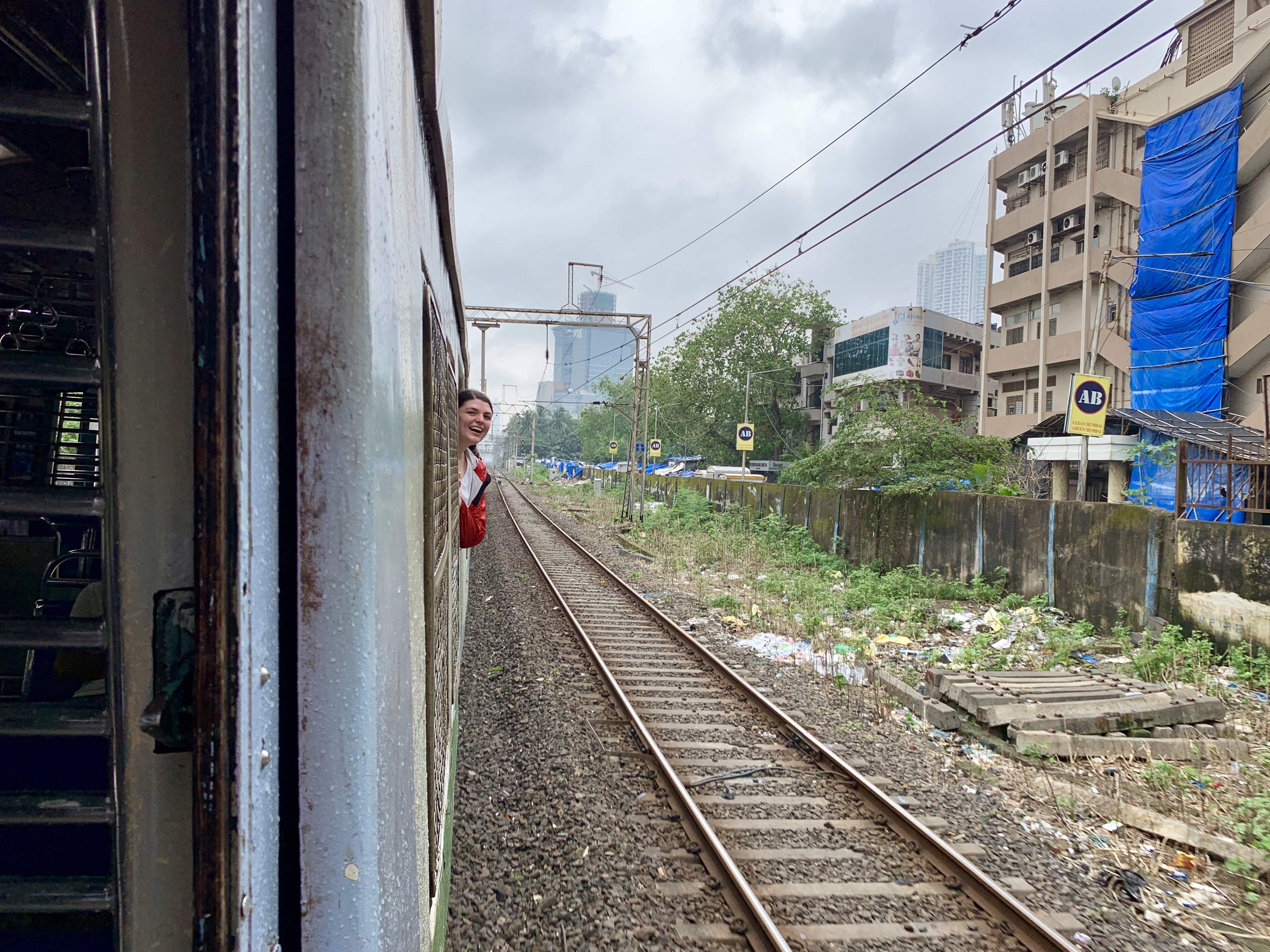 Sara found out she was being nominated by Georgetown for a Rhodes Scholarship in July 2019. (Fun fact: Sara is the 27th Rhodes Scholar from Georgetown; Bill Clinton is also one!) Four months later, Sara was interviewed as one of thirteen Ontario finalists by a panel of judges, consisting of former Rhodes Scholars and leaders in their fields. Sara was at home with her parents in Toronto when she got the call that she had been selected as one of the two Rhodes Scholars from Ontario.

“It was very exciting and humbling,” recounts Sara, of receiving the news. “I had returned home from New Delhi for four days for the interview. After I got the call, we celebrated with a nice family dinner together, and I flew back to India the next day!”

The opportunity to be immersed in a vibrant academic community to pursue her global health policy research is what Sara is most excited about for her upcoming studies at Oxford. “I also think the Rhodes community at Oxford, which brings together such talented people, as well as opportunities for intellectual engagement outside the classroom, will enhance my experience there.”

Speaking of experiences, Sara has some words of wisdom for current SCS students who are considering what to do next. “First, I would say be genuine in your endeavours, interactions, and passions. Don’t pursue something just because you think you ‘should’, but take time to explore and find what really excites you, even if it means changing your path several times.” Sara continues, “whether I was working in a research lab during the school year or moving to Singapore, I always had the support of my family. That helped me realize that sometimes, you need to be a bit ‘out there’, and try many things to uncover your passion. Be genuine, outgoing, and unafraid of taking risks – whether you know exactly what you want to do, or are unsure of what is next.”

Congratulations to Sara, as she continues to follow her passion for global health to Oxford! 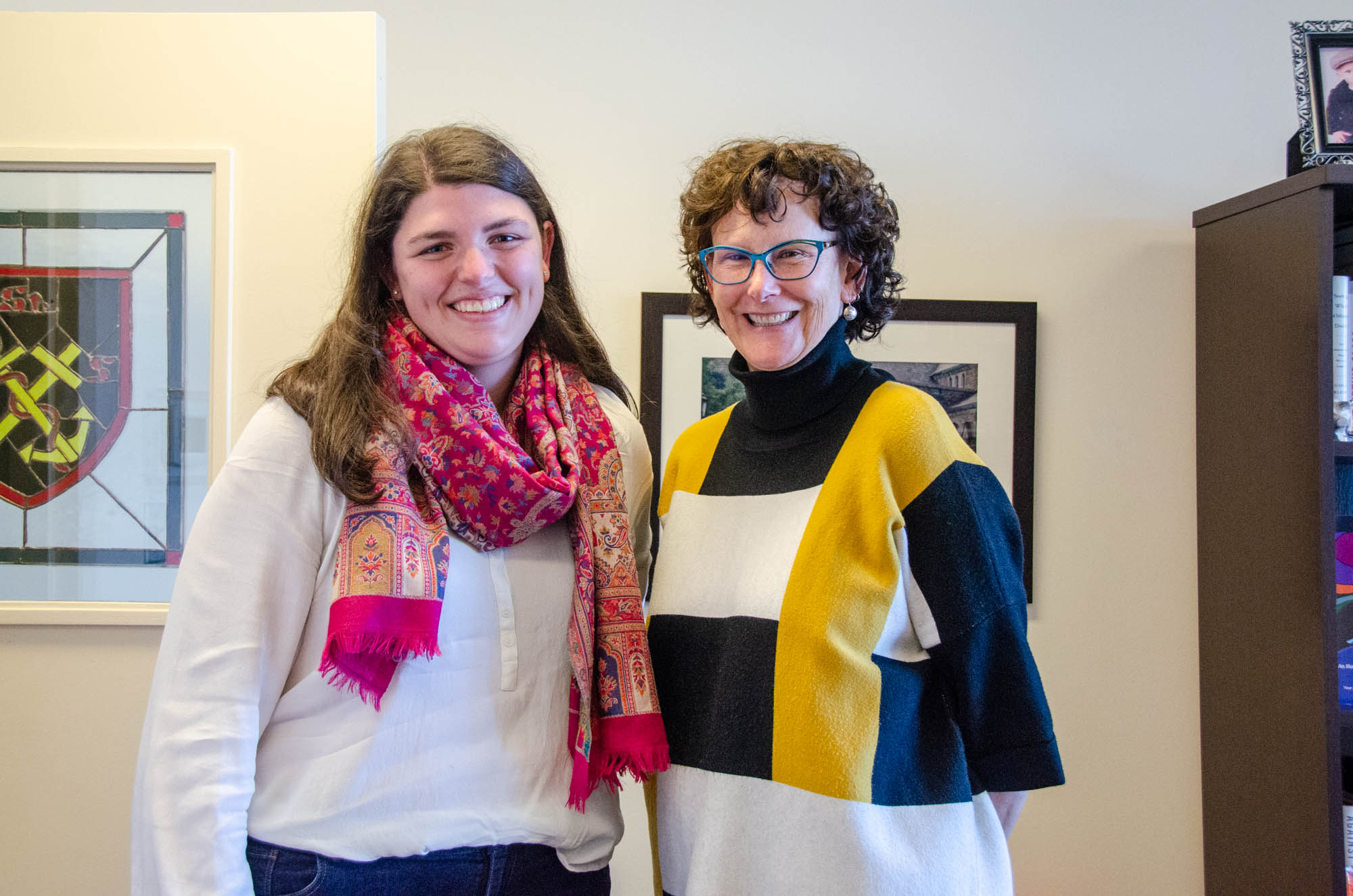